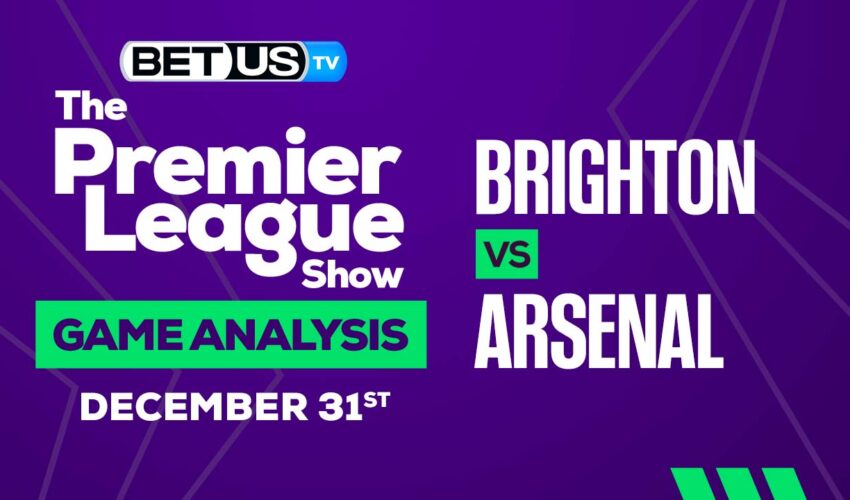 After the World Cup break, the Premier League returns to action and this coming December 31 we will have a very interesting game between Brighton & Hove Albion who will receive the leader, Arsenal.

The Brighton & Hove Albion team already had action in the Premier League the previous date, in which they faced the Southampton team and despite the fact that they were not favorites to win the game, they managed to win as visitors by a score of 1-3 , a great victory that gave them 3 very important points to continue climbing the standings. However, before this victory they suffered a painful defeat against Charlton City for the Carabao Cup on December 21. For the Premier League his last defeat was against Aston Villa by a score of 1-2. His main weapon to face this game is Leandro Trossard. His star striker has scored 7 goals this season and can be a great ally to break through the defense of a difficult Arsenal team. Brighton & Hove Albion is in seventh position with 24 points, being one of the surprise teams, surpassing several teams like Chelsea and Fulham and getting into the fight for European positions, which are only 5 away. points of difference.

Arsenal continues with its great moment. He comes to this game after beating West Ham United by a score of 3-1 on December 26 in what was the return of the Premier League. Surprisingly, his last defeat was against the rival that Brighton & Hove Albion will be facing this Saturday. Said defeat was due to the Carabao Cup duel and in which the Arsenal team would be defeated by a score of 1-3. Their main figures this season have been Gabriel Matinelli, who is the team’s top scorer, added to this the good performances of players like Bukayo Saka and Gabriel Jesus have helped the team not to let go of the lead. The Arsenal team is first in the Premier League with a total of 40 points, 5 points above its closest pursuit, Manchester City.

In the last 5 duels between the two teams there is a balance, since Arsenal have won 2 games, Brighton & Hove Albion have won 2 and they have drawn one of them. We will see which of the two teams will manage to impose their game to take the victory in a game where the clear favorite is the Arsenal team, however Brighton & Hove Albion will seek to respect their home, the Amex Stadium.

The implied probability for these two teams attached to the betting lines has Brighton at a 29.41% chance of winning the game, meanwhile Arsenal has 47.62% probability of finishing the game with the W.