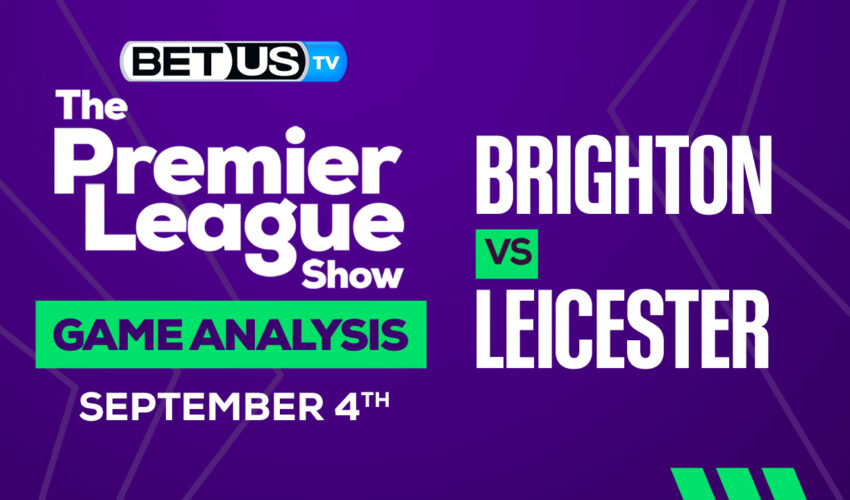 On Sunday, Leicester take a trip to Falmer Stadium where they’ll kick off their 6th match of the 2022-23 Premier League season which will be against Brighton. On one hand, the Foxes are still searching for their first victory in the top flight, the club currently sitting bottom of the standings. Meanwhile, on the other hand, there is a lot to be excited about at Brighton right now, as the Seagulls extended their unbeaten run in Premier League play. This is definitely going to be an exciting match to watch if you are  a Brighton fan, just to see if they are able to keep the ball rolling through the weekend.

Graham Potter’s men have been incredibly resolute on the defensive side this month, failing to concede in four straight matches in all competitions. Their only goal allowed in the Premier League this season was an own-goal by Alexis Mac Allister in their opening fixture, which they went on to win, 2-1 over Manchester United. Brighton have points in four consecutive top-flight affairs away from home. Unfortunately for them, they were unable to pick up a win on Tuesday, which would have marked the first time they had ever won three straight road matches in the Premier League.

Unlike against Arsenal and Southampton, there were positives to take from the display at Chelsea from Leicester. Although it should not be forgotten that the Foxes played against 10 men for 62 minutes plus added-on time. Leicester have certainly not been helped by constant speculation regarding key men, but that should not be used as an excuse when too many players have under-performed during the opening weeks of the season. Only James Maddison has performed to a high level, and Rodgers will be desperate for the playmaker to return to the squad after a minor muscle injury.

The implied probability for these two teams attached to the betting lines has Brighton at a 53.49% chance of winning the game, meanwhile Leicester has 24.10% probability of finishing the game with the W.