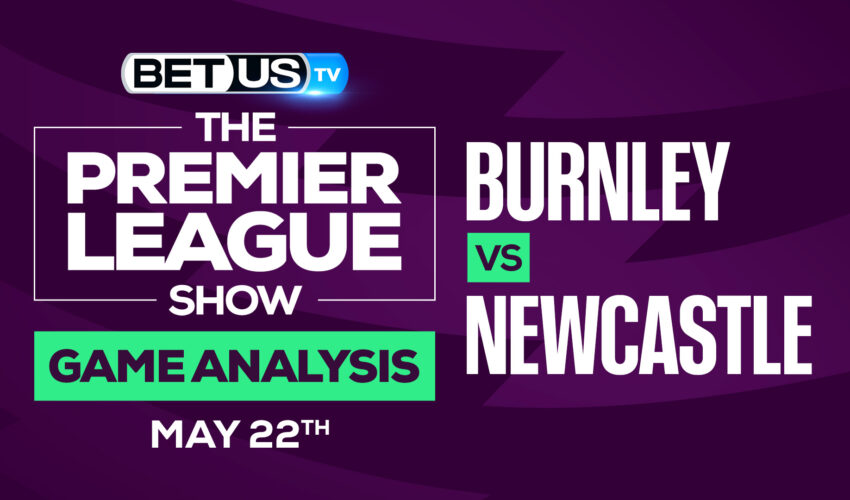 Burnley will host Newcastle at the Turf Moor on May 22 for one of their last games in the season, where they’ll try to reach Leeds who is currently 1 point ahead of them in the standings. Burnley is facing relegation to the EFL Championship, but luckily for them, they are one of the few teams that still have two games left to play, unlike Leeds.

All this means that Burnley’s fate is still in their hands as they can secure Premier League safety on their own. And although losing this match doesn’t mean the end of the world for them, it means that now they would depend on the Leeds vs Brentford outcome, and we all know how frustrating that position can be.

But Howe’s men don’t have to worry about anything like that, they are currently sitting comfortable in 12th place. Newcastle’s motivation for this match might come from knowing that they can still get a top-10 finish, but even if they win this match against Burnley, they still depend on Brighton and Leicester losing their upcoming games.

Even if we take into consideration Burnley’s recent performance, the fact that they find themselves in a situation where they have to perform their best or they’re getting knocked out of the league might be enough for them to pull off a much-needed victory. Unless they want to be in a position where they depend on someone else’s performance, that is.

In the end, it’s safe to say that Burnley is the team that needs to perform way over the expectations against Newcastle. Burnley’s players have gone through a lot this season, it would be heartbreaking for them to get relegated after going up and down between the 2 divisions a few times in the past 15 years, because they just started to look like they would be able to maintain themselves in the Premier League, but I guess that’s how the competition goes.

The implied probability for these two teams attached to the betting lines have Burnley at a 41.67% chance of winning the game, meanwhile Newcastle have 32.26% probability of finishing the game with the W.