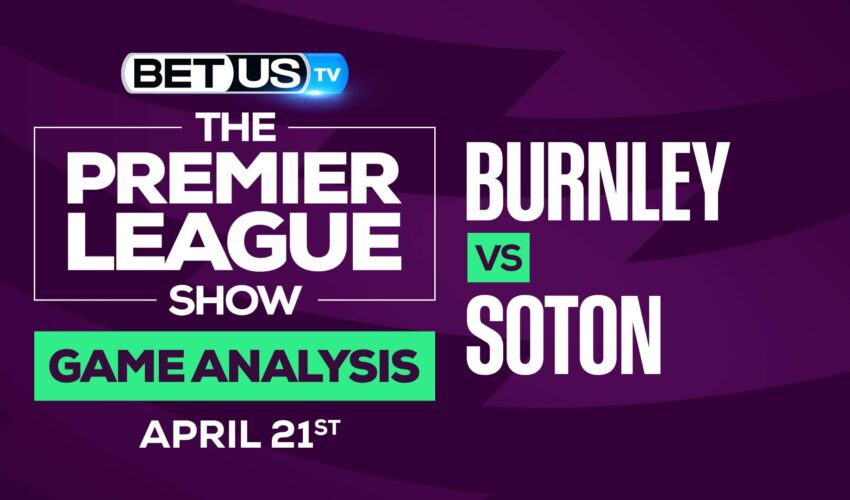 Burnley is 18th in the Premier League and desperately needs a home win against Southampton who is 12th. After the weekend fixtures, Burnley is three points behind 17th placed Everton and played a game more.

Everton host Leicester the day before this match, so the worst-case scenario is Burnley being six points from safety. They will hope for an Everton loss and if that does happen, a win over Southampton will take them out of the bottom three. It’ll be interesting to hear the reaction of the Burnley crowd. Sacking the popular Sean Dyche was a shock and if Burnley goes behind in this game, it could turn nasty. Southampton is still in with a chance of a top ten finish this season. They had just one point from their last five in the Premier League before beating Arsenal 1-0 at home on Saturday. The Saints have only won three away league matches this season and only scored 17 goals.

The implied probability for these two teams attached to the betting lines have Burnley at a 35.09% chance of winning the game, meanwhile Southampton have 40% probability of finishing the game with the W.