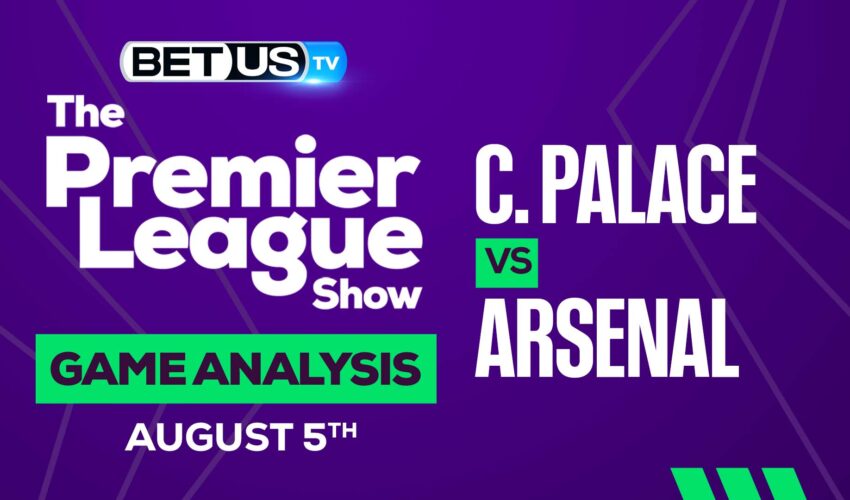 The 2022-23 Premier League season kicks off with a London Derby as Arsenal takes a trip to Selhurst Park to play against Crystal Palace. It was only a few months ago when Viera’s side took over Arteta’s team in a convincing 3-0 victory. However, if Arsenal’s pre-season is anything to go by, the Gunners will be a force to be reckoned with in the new season, as they picked up a 4-0 win over Chelsea in Orlando.

By getting his team to a 12th-place finish last season, Crystal Palace’s Vieira earned a manager of the season nomination, and knowing how this matchup went last time, there should be plenty of optimism coming into this match. The Eagles head into this game after back-to-back wins against Queens Park Rangers and Montpellier HSC in friendlies. Their only exhibition defeats came at the hands of Liverpool and Manchester United, the two very best Premier League teams.

Unfortunately for them, Crystal Palace’s goalkeeping department have taken a couple of hits during the pre-season, with new signing Sam Johnstone nursing a quadriceps injury and classed as a major doubt for the opening day, while Jack Butland is out with a broken hand. If everything goes as expected, Vicente Guaita should act as the last line of defense for Crystal Palace. James McArthur is also missing the game, increasing Doucoure’s chances of making his first competitive appearance for the Eagles.

Not even Arsenal is safe from the injuries, as Emile Smith Rowe’s groin strain is reportedly set to keep him sidelined, while Fabio Vieira, Kieran Tierney and Takehiro Tomiyasu have all been dealing with minor issues during the pre-season. None of the trio are expected to make the starting lineup, which will give some room for other players to make their debut. William Saliba is finally making his competitive debut alongside Gabriel Magalhaes in the heart of defense.

The implied probability for these two teams attached to the betting lines have Crystal Palace at a 22.47% chance of winning the game, meanwhile Arsenal have 54.55% probability of finishing the game with the W.