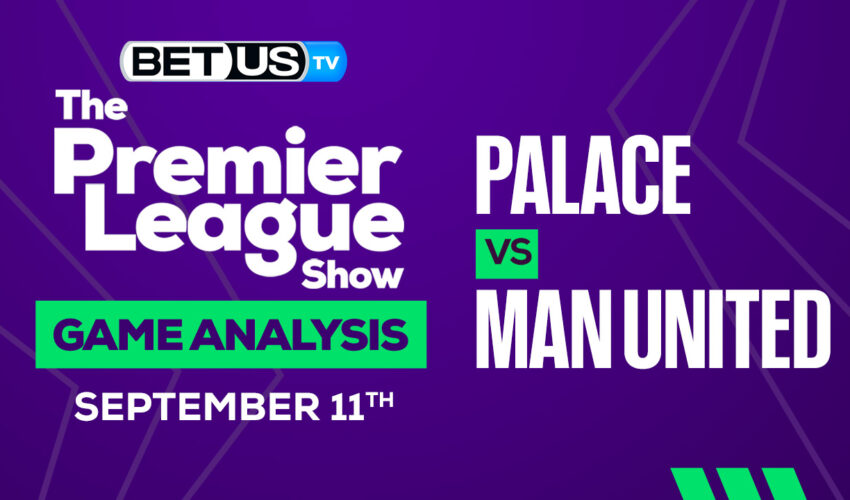 Crystal Palace will host Man United on Matchday 7 at Selhurst Park. Currently, Crystal Palace is at 15th on the table and Man United is at 5th place. Both teams had a contrasting Matchday 6. Crystal place one side played a Stalemate with Newcastle. Meanwhile, Man United looked great as they stopped Arsenal’s unbeaten run at Old Trafford.

When it comes to the Crystal Palace offense, Zaha, Andersen, and Mateta have scored all the goals for their team in the last five matches. The trio has scored 6 goals at 1.2 goals per match. No one out of the three has an assist to their name in the last five games. Which says a lot about how the way this team plays.

Defensively, Crystal Palace has been decent. The Team aggregates 17.3 Tackles per game with 76% of the Accuracy. The defense has been spearheaded by ever reliable Joachim Andersen, Who has been great for Crystal palace with a whopping 9.8 Clearances per game with 85% tackles success in the last five games.

Crystal Palace had an Impressive start to the season as they held Liverpool and gave Man City a scare and won against a strong Villa side. However, the team from the Selhurst park has faltered a little in the last two games, playing out a draw against Newcastle. Meanwhile, Erik Ten Hag’s men are on the Upward Trajectory as they have won the last three games and with new reinforcements the team is looking for the Premier League.

The implied probability for these two teams attached to the betting lines has Crystal Palace at a 28.57% chance of winning the game, meanwhile Man United has 46.51% probability of finishing the game with the W.