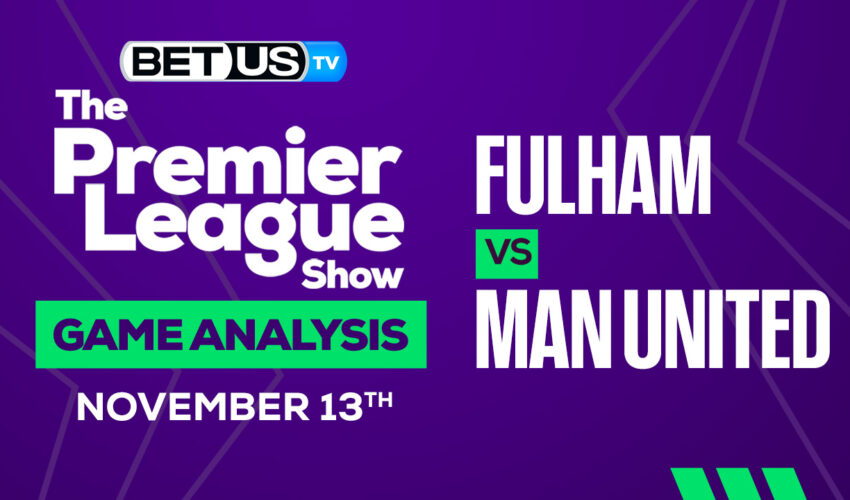 Sunday’s football matchup between Fulham and Manchester United will bring to an end day 16 of the new Premier League campaign. The Cottagers have been having their ups and downs through their last couple of weeks, with the team beating Leeds United away from home, ultimately deciding to a draw with Everton, while suffering a tough loss to 10 man Manchester City at the weekend after Joao Cancelo gave a penalty and received a red card.

The good news for the hosts is that top scorer Aleksandar Mitrovic is back from a small knock which sidelined himfor the last match, and we are positive that the Serbian striker will make life difficult for the opposition’s back 4 due to his strength and quality in front of goal. However there is also a small chance that Fulham will not risk him just before he plays for Serbia at the World Cup.

The Red Devils, on the other hand, aim to recover from a huge upset 3-1 loss to Aston Villa, but seeing that Fulham are tough to beat in their home turf, it seems more plausible to end on a draw. As for the away team, Dalot, Varane, and Williams miss out with injuries, but both Sancho and Antony should recover just barely in time to face the Cottagers.

Marcus Rashford has probably been Manchester United’s most impressive forward this season. He has scored 7 times, while also providing opportunities for his teammates to push the ball forward.

This match scoresheet will depend on Sancho’s and Antony’s ability to recover from their small injuries, as United do not have enough quality upfront to break a tough Fulham’s defense. Similarly the Cottagers will absolutely need Aleksandar Mitrovic in the starting lineup if they have any hope of pushing for a goal against the likes of Varan and De Gea.

This time around we lean for a draw, however this can easily change into a Manchester United win depending on the starting lineup.

The implied probability for these two teams attached to the betting lines has Fulham at a 25.32% chance of winning the game, meanwhile Manchester United has 52.38% probability of finishing the game with the W.