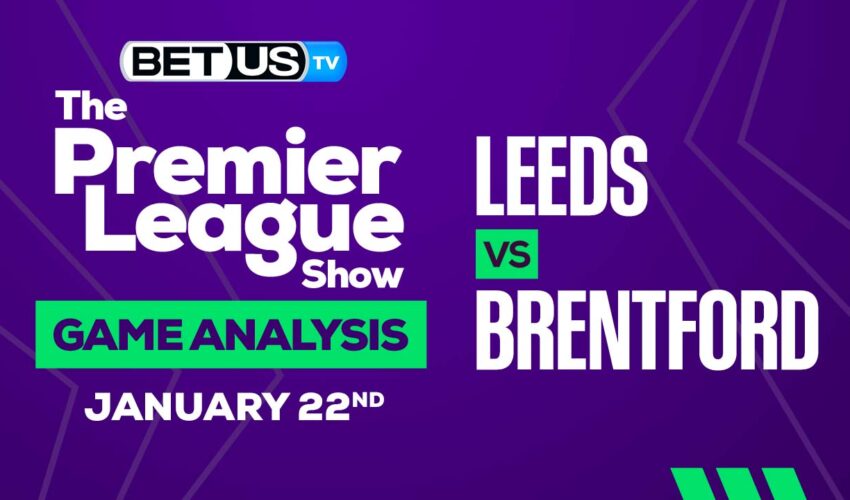 When Leeds and Brentford last faced off in the Premier League, they put on quite a show, and we can anticipate another action-packed 90 minutes on Sunday. This season, the Bees defeated Leeds at home, and each of the three prior encounters between these two clubs in the English Premier League has been a lot of fun to watch.

When Brentford and Leeds faced off in the Premier League back in September, Brentford defeated Leeds 5-2, and the goals may continue to flow in the rematch at Elland Road.

Given that both clubs have scored in each of the past three Premier League meetings between the teams, there is going to be a lot to look forward to in Yorkshire.

Leeds’s recent 2-1 loss at Aston Villa, which extended their winless streak to five, served as a welcome reminder to manager Jesse Marsch that more work needs to be done before they can be sure of Premier League survival.

However, they have only kept one clean sheet in their 11 league games, and in eight of those games, they have allowed at least two goals. This is primarily due to defensive shortcomings.

This should give Brentford, who have gone seven league games without losing, plenty of confidence, but it’s important to keep in mind that they perform worse away from home.

Only one loss in ten games at their beloved Gtech Community Stadium, whilst the Bees have only won twice in nine away games. In their first 19 league games, Brentford has drawn eight, and three of those have resulted in 2-2 scores, including away visits to Leicester and Nottingham Forest.

The implied probability for these two teams attached to the betting lines has Leeds at a 42.55% chance of winning the game, meanwhile Brentford has 34.48% probability of finishing the game with the W.