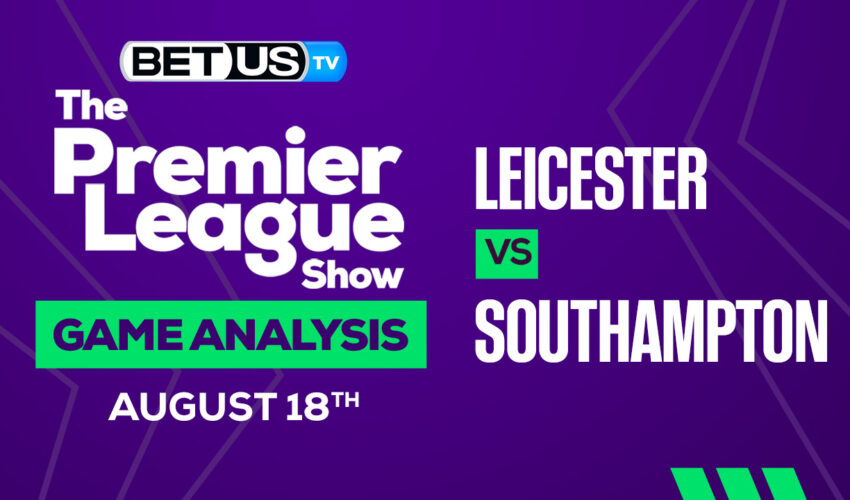 Leicester City play host to Southampton on Saturday in a meeting between two sides still waiting for their first Premier League win of the season. Both have earned a draw and a defeat while shipping a league-high six goals at this embryonic stage of the campaign. The Foxes finished on the wrong side of a 4-2 thriller away to Arsenal last weekend while Southampton overturned a two-goal deficit to draw with Leeds.

Leicester’s treatment room is still populated by the trio of Harvey Barnes, Ryan Bertrand and Ricardo Pereira. While Barnes and Bertrand are expected to shake off knee injuries by September, the luckless Ricardo isn’t likely to return from surgery on his Achilles until February. Injury isn’t the only factor governing Brendan Rodgers’ team selection as Chelsea are readying an improved offer for Wesley Fofana. What happens with the Blues’ third bid remains to be seen.

Lyanco overcame a fitness concern last week to make Southampton’s bench against Leeds. Long-term absentee Tino Livramento isn’t expected to grace the grass of a Premier League pitch until after 2023 rolls around. Theo Walcott may well have acquired match fitness by then but isn’t set to be available this weekend. Given the transformative impact they provided off the bench, Ralph Hasenhuttl may be tempted to start the likes of Sekou Mara and Joe Aribo this Saturday.

In the final game of last season, Leicester swatted Southampton aside with a 4-1 win at the King Power, which should give them enough confidence to take over a game like this one. Given their glaring lack of outfield personnel overhaul in the intervening months, Leicester certainly have the favortable look to extend Southampton’s winless run in the division to nine matches this weekend.

The implied probability for these two teams attached to the betting lines has Leicester City at a 54.55% chance of winning the game, meanwhile Southampton has 24.39% probability of finishing the game with the W.