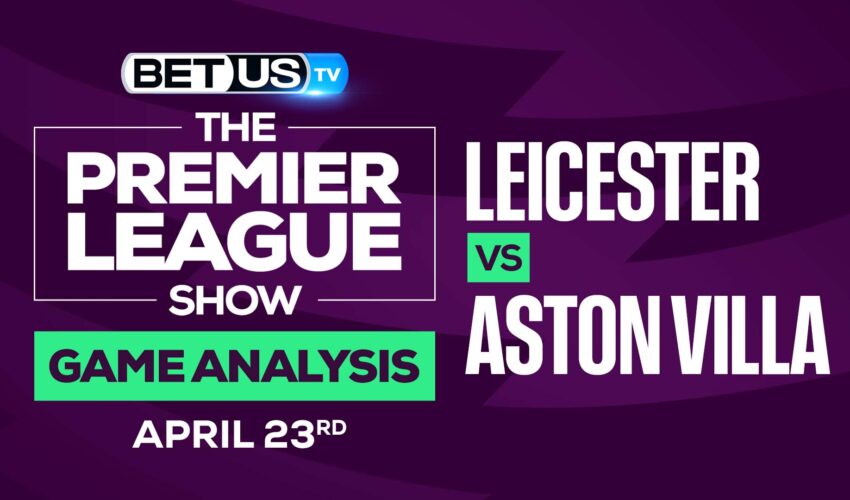 If you’re Leicester City, having to focus on what’s left of the Premier League season as well as the upcoming semifinals matchups against AS Roma in the Europa League is probably filling up your plate quite a bit. But that doesn’t mean they are not ready to give Steven Gerrard’s Aston Villa squad a true run for their money when they host them on Saturday. Both Leicester and Villa are going into the game after having suffered point losses against Everton for Brendan Rodgers’ team in a 1-1 draw and against Tottenham for Gerrard’s squad where Villa was squashed by Tottenham 4-0. Now, as both teams gear up for a match in which no real implications towards their place in the standings are regarded, that doesn’t mean that fans won’t be treated to some grade A soccer action this weekend.

This is not in any way, shape or form a way to say that Aston Villa is not as important of an adversary for Leicester as AS Roma, but considering that both Leicester and Villa have their spots in next season’s EPL competition pretty much secured, one cannot help to think that maybe Brendan Rodgers might be looking to use the game against Villa as a preparation for what’s to come on Thursday night when they host the likes of Italian giants Roma in what promises to be the biggest night in European football for Leicester City’s history competing.

The tie against Everton did see Leicester regain a myriad of their usual starters who had been out due to different reasons.

Now, with their most important home game awaiting them late next week, a win against Aston Villa could very well be the best form of fuel that the team can drive on in order to meet the Italian squad in the best form possible.

For Aston Villa the season has been a bit of a roller coaster, with Steven Gerrard’s appointment as manager being one of the high points. Yet, while Villa are sitting on the 15th spot of the EPL rankings, three points away from Leeds United and three points away from moving up to 12th place in the table, the best moment to stir away from a rather discomforting four-game losing streak is right now against Leicester.

Although Leicester is not known to be a team that usually lets a lot of points slip from their hands while playing at home, a win for Villa here would surely be a perfect start to the end of the season, as reassuring their stay in the EPL for next season and being able to finish at the highest position available are two missions that Steven Gerrard has very clear.

The implied probability for these two teams attached to the betting lines have Leicester at a 36.36% chance of winning the game, meanwhile Aston Villa have 40% probability of finishing the game with the W.