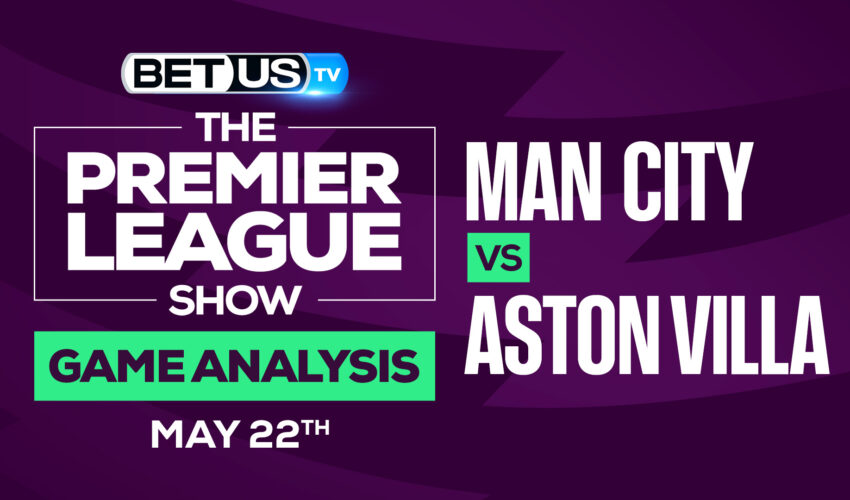 This game is Man City’s most important match of the entire season because if they win this game, they’ll secure their 7th Premier League title. Right now, they are leading Liverpool by just 1 point, so they still can fall down to 2nd place if Liverpool wins their game against the Wolves. Aston Villa will take a trip to the Etihad Stadium to try and ruin Man City’s plans and give Liverpool their 20th title, which would tie them with Man United for the record of most League titles.

Aston Villa is playing the bad guy in this case, although they haven’t been performing that hot recently. They have managed to pick up a couple of important wins against lower ranked teams, but when it comes to facing teams around or just above their level, Gerrard’s men struggle quite a bit to get any type of leads during their games. The unluckiest thing for Liverpool, is that Aston Villa hasn’t been able to score a win against Man City in any of their last 14 encounters, yeah, the last time Aston Villa won against Man City was back in 2013.

We can be sure of one thing, Klopp isn’t very happy about the whole situation. Depending on a team like Aston Villa to perform in such a clutch moment has to be very frustrating, but let’s be fair, Liverpool got themselves as I can bet they regret not being able to secure a victory against 10th-place team Brighton back in October when they tied 2-2 against them.

Gerrard’s men find themselves in a very interesting situation because the outcome of this game doesn’t change anything at all for them, but at the same time, scoring a win would make history in the books for Liverpool as they would be 1 title away from breaking the record of most League titles. And although the record of Aston Villa versus Man City is not looking good, there might be one glimmer of hope for Liverpool.

One of Gerrard’s former Liverpool teammates can, and that’s Philippe Coutinho, who played alongside Gerrard at Liverpool and now plays under him for Aston Villa. Coutinho has an impressive record against City, he’s ended up on the winning team in three of his seven meetings with City, drawing one and losing three. All Liverpool is wishing right now is for Coutinho to perform like he’s done in the past and secure the victory for Aston Villa.

The implied probability for these two teams attached to the betting lines have Man City at a 84.62% chance of winning the game, meanwhile Aston Villa have 6.67% probability of finishing the game with the W.