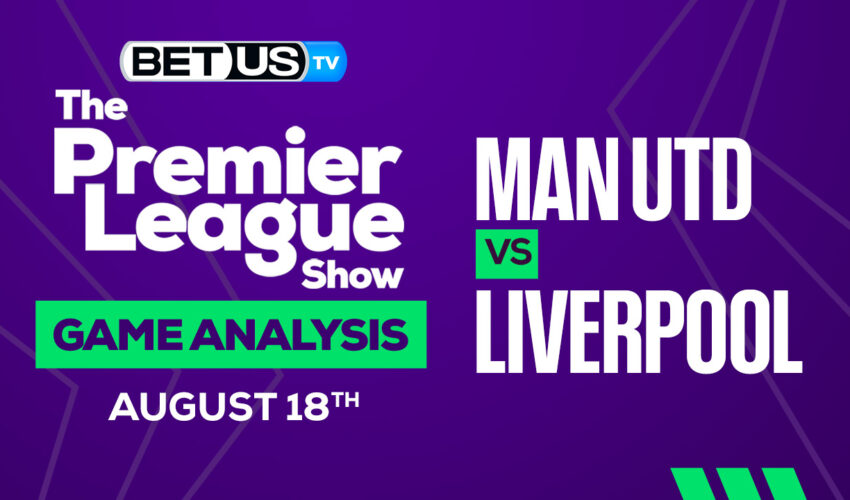 Monday night football comes from Old Trafford, where struggling Manchester United aim to grab the points needed against title-hopefuls Liverpool to lift themselves off the bottom of the league. Yes, that’s right, the one great Red Devils that promised fans this was the year the good times would return are placed 20th of 20 teams with many fans in shock.

The home team have failed to take a point from their opening two games, losing both and conceding six goals in the process, meaning they already find themselves six points off the pace set by last season’s champions and current favorites Manchester City with Pep Guardiola’s men hitting the front early where they plan to stay. The 2-1 loss to Brighton at Old Trafford was bad enough but fans hadn’t seen anything yet, certainly if they thought their side couldn’t sink any lower.

A match against Liverpool comes at the wrong time for the locals, but these sides rarely serve up a dull match, and fans can’t wait for this renewal to get started, brightening up an otherwise quiet Monday evening of sport. The last time the Reds were at Old Trafford, they left with a jaw-dropping 5-0 victory which completed the double with the aggregate score of 9-0. Those loyal to the home dressing room won’t stand by and accept another weak performance against their rivals.

No matter how poor the locals have been so far this season, they will raise their game for this fixture. The fans demand it and despite having a new coach and several fresh faces in the squad, those involved behind the scenes will ensure everyone is up to speed on just what Monday means to the club. Their start has been woeful but a win over Liverpool at Old Trafford would go some way to getting disgruntled supporters back onside.

The implied probability for these two teams attached to the betting lines has Manchester United at a 20.00% chance of winning the game, meanwhile Liverpool has 62.26% probability of finishing the game with the W.