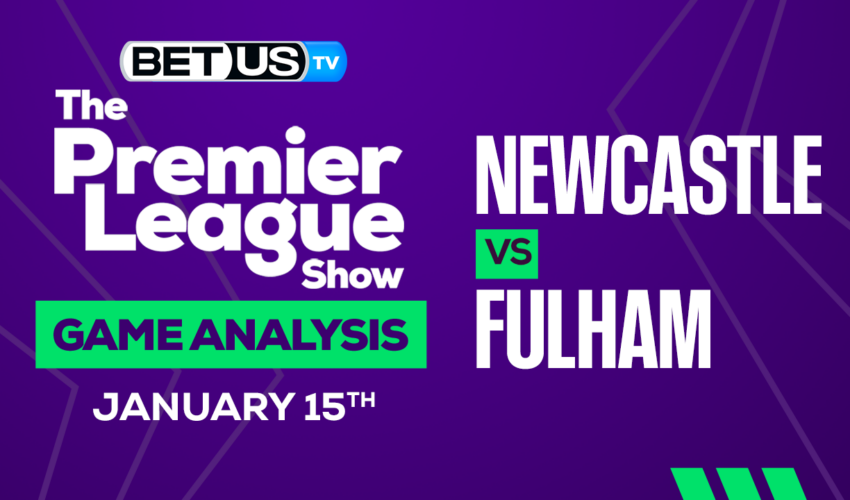 The Premier League will see a matchup between Newcastle United and Fulham this coming Sunday. Both of these sides have exceeded expectations this year, and Newcastle has a legitimate shot at surprising in the race for a Champions League spot. Even though Fulham already has a berth in the UEFA Conference League, the club will be concentrating on advancing to the next level of European play.

In the Premier League, Newcastle United is enjoying a fantastic year and may finish in the top four. At the conclusion of the previous season, the Magpies narrowly averted relegation to the Championship. However, this season, things have drastically altered for manager Eddie Howe and his team.

With 35 points from 18 games, the Magpies are now third in the Premier League standings. With 17 games played, Newcastle is nine points behind league-leading Arsenal. Howe’s team is unlikely to contend with Arsenal and the reigning champions Manchester City for the Premier League championship this year, but they may very well do so.

After defeating Leicester City 2-0 at home in the Carabao Cup quarterfinals, Newcastle will enter the encounter against Fulham at St. James’ Park in the Premier League on a high note. The Magpies had a fantastic victory, coming off a shocking 2-1 defeat at the hands of League One team Sheffield Wednesday in the third round of the F Cup.

Fulham is currently having a fantastic season in the Premier League, much like Newcastle United. There were concerns about the London club’s ability to remain in the top division of English football before the Cottagers achieved promotion from the Championship at the end of the previous campaign. Fulham has so far responded to its detractors in style.

With 31 points after 19 games, Fulham currently holds the sixth-place spot in the Premier League standings. The London club might finish in a berth in the UEFA Europa Conference League since they are seven points behind fourth-placed Manchester United.

The implied probability for these two teams attached to the betting lines has Newcastle at a 65.52% chance of winning the game, meanwhile Fulham has 16.67% probability of finishing the game with the W.