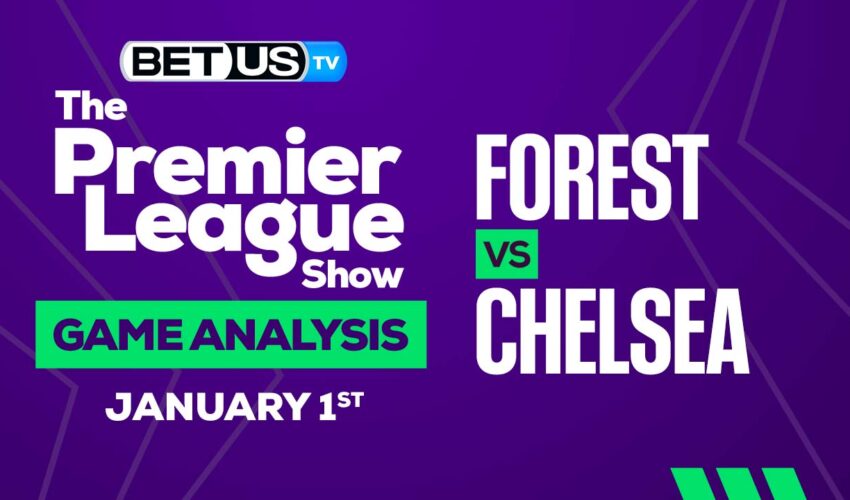 Back to the action of the Premier League we have this coming January 1 a very striking game for what can be defined in the standings. This is the game between Nottingham Forest and Chelsea.

The Nottingham Forest team is in one of the positions that nobody wants to be in. They come from losing the last game they played in the Premier League by a score of 3-0. Despite this result, in their last 5 games they have only lost one of them and all of them have been in the Premier League and the Carabao Cup. Their main figures so far this season have been Taiwo Awoniyi, Brennan Johnson and Ryan Yates, however, his performance has not been as expected. Added to this, Nottingham Forest is one of the teams that has conceded the most goals, with a total of 33 goals, which makes it one of the teams with the worst defense of the season with a goal difference of -22. While its striker has only been able to score 11 times. Nottingham Forest is in the nineteenth position of the Premier League with only 13 points, which leaves it in relegation places.

Chesea have not had a very good time this season either. Despite having won their last game in the Premier League against AFC Bournemouth by a score of 2-0, the team has only won 1 of their last 5 games played, for a poor performance of 20%. Those led by Graham Potter have not been able to find their best version this season, where they are already very far from being able to reach the leadership of the Premier. Despite having great players like Mason Mount, Kai Havertz and Raheem Sterling, they have not been able to make the difference that was expected, which has also been reflected in the poor performance of the team in general. Chesea is in eighth position in the Premier League with a total of 24 points and is still a long way from being able to get into positions in European competitions, which would be a disappointment for the following season.

The balance between the two teams is superior for Chelsea, since of the last 4 games played, it is Chelsea who has always taken the advantage, winning all 4. There is no doubt that the favorites to win the game on January 1 are the Blues. We’ll see if this continues or if it’s rather Nottingham Forest who can surprise at home, The City Ground.

The implied probability for these two teams attached to the betting lines has Nottingham Forest at a 20.00% chance of winning the game, meanwhile Chelsea has 59.18% probability of finishing the game with the W.