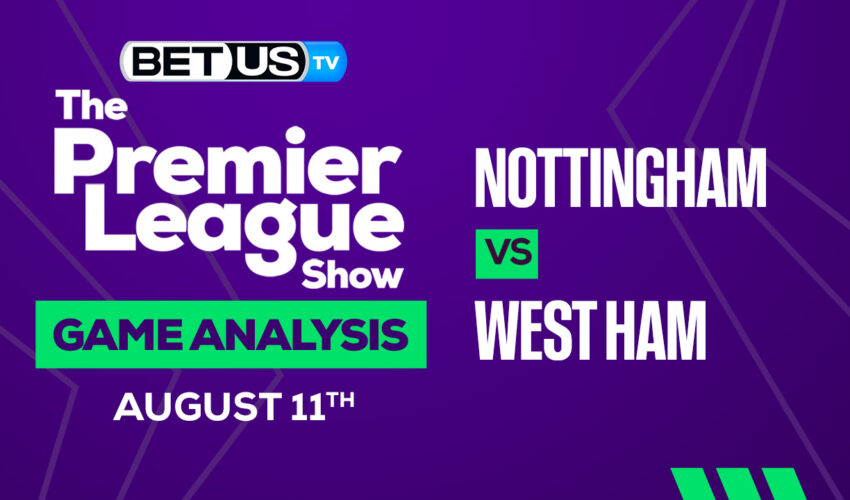 Nottingham is going to lock horns for their second encounter of the 2022-23 Premier League season against the West Ham United on Sunday at City Ground Stadium. The Hammers looked clueless in the season opener against the defending champions. Their performance was reminiscent of last season as West Ham had a disappointing finish despite a good start as they could win only 1 of the last 5 matches.

Now looking at Nottingham, before the season even started, everyone knew that they would have a really difficult time in the Premier League. And yesterday, we got to see a glimpse of that in their first match against Newcastle. The forward attack really needs to improve as they couldn’t put a single shot on target yesterday. We might say that Cooper’s side has several areas to work on to improve.

The reaction from Nottingham’s manager was quite telling: “We fell short in our performance today, but we live and learn” said Cooper. “We were not right in possession, and there were not enough passes when we could get them off, and that ultimately cost us the two goals. The way we gave up the ball in the play before the goals, that’s not the team I want us to be. Newcastle were the better team and deserved to win.” This “live and learn” mentality seems like a great one to have towards the rest of the season.

What’s so exciting about this match is that these two teams haven’t faced each other in a bit more than 8 years. But let’s be honest, West Ham looks to be the stronger side thanks to the team’s strength and current form. Nottingham Forest will be having the home advantage on Sunday, but they have absolutely no margin of error if they want to get any point against West Ham in the upcoming match.

The implied probability for these two teams attached to the betting lines have Nottingham Forest at a 23.53% chance of winning the game, meanwhile West Ham have 53.49% probability of finishing the game with the W.