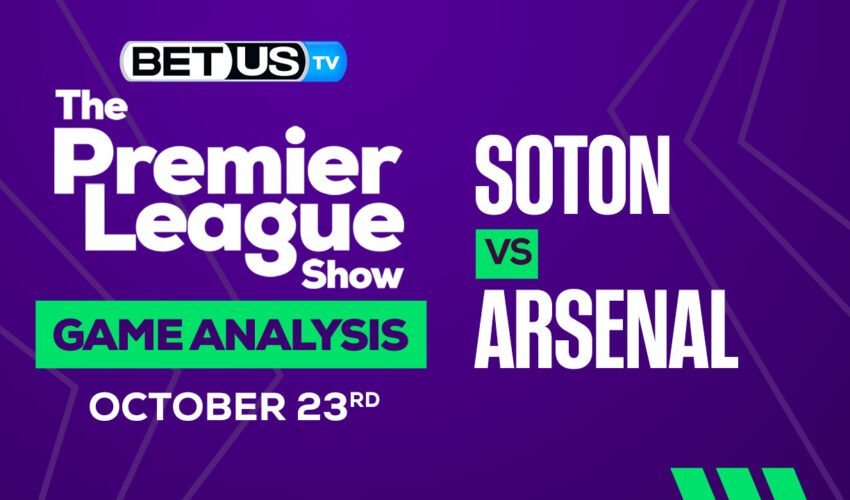 On Sunday, two struggling sides meet when Southampton faces off against Arsenal. Can the Gunners turn around their poor run at a Saints side who were thumped last weekend? A few weeks ago, Arsenal was looking like a good team for the Champions League and headed into the international break having celebrated a win away to Aston Villa. That win was seen as very important in the hunt for the top four, but two damaging defeats have left them fifth.

Losing 3-0 at Crystal Palace and 2-1 at home to Brighton leaves the Gunners three points shy of a Tottenham side who have hit their stride. Mikel Arteta’s men have a history of falling short in the big moments, so there’s a worry their bad run will continue. Luckily for them, they’ve been dealt a favorable hand this week.

On the other side, With a 12 point lead over the bottom three, Southampton shouldn’t need to concern themselves with relegation this term. However, that’s about the only positive for the Saints right now. They’ve slid down the table after some poor form, with only the bottom six below them following a run of five defeats in six.

Last weekend they were blown away by a Chelsea side who had a point to prove. Manager Ralph Hasenhuttl made a point of mentioning they got the Blues at the wrong time, but that 6-0 loss was just the latest hammering they’ve received under his reign.

To make matters worse for the hosts, they’ve been struggling despite a recent run of home games. They’ve now lost four straight matches at St Mary’s, including defeats to Newcastle and Watford. They’ve conceded 14 goals across that run, so this is a massive opportunity for the visitors.

Arsenal have won four of their five trips to the bottom five sides this term, so they should impress in this clash. They’ve won seven of their 12 trips to sides below them this term so taking out the Saints shouldn’t be a problem.

The implied probability for these two teams attached to the betting lines has Southampton at a 18.18% chance of winning the game, meanwhile Arsenal has 63.64% probability of finishing the game with the W.