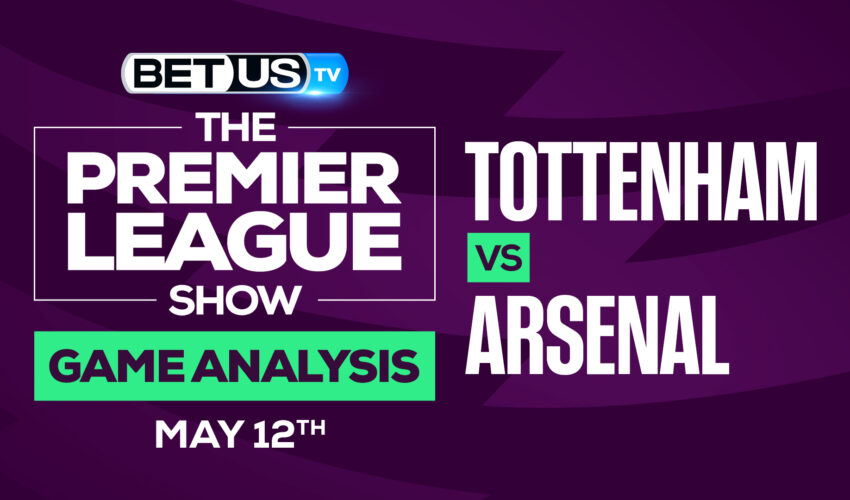 Tottenham versus Arsenal might be one of the most exciting matches in this last part of the season. Both teams are in contention for a spot in the Champions League next season. Arsenal is one spot above Tottenham in the standings and heads into this match in an almost-perfect form after winning their last 4 games, and 3 of those were against top-7 teams.

It’s safe to say that Arsenal is the favorite team in this matchup, but they cannot underestimate Tottenham. Conte’s men won’t give up easily as they are 4 points behind Arsenal in the standings. If they manage to secure three wins in a row, they will increase their chances of sneaking into the Champions League by a lot.

Tottenham recently had a 1-1 draw against Premier League 2nd-place team Liverpool, which was probably very frustrating for Conte as his players were really close to finishing the game with a 1-goal lead. Liverpool managed to come back into the match 74 minutes into the game after Luis Diaz score the goal that evened out the score.

If Tottenham plays their A-game versus Arsenal, then they might just have it takes to take down one of the best teams in the league. They have to put all their efforts into this game as their next two should be two very easy wins for them. After hosting Arsenal, Tottenham, they will host 17th-place Burnley before heading to The Nest where they will face Norwich, one of the already-relegated teams.

“Look, it’s Arsenal’s to lose but Tottenham on Thursday night, that will be hard for Arsenal. If they come out of there with a draw or a victory they’ll have done very well with the feeling that will be in that stadium against them.”, that’s what Gary Neville had to say in regards to the upcoming match.

In the end, what we all want is for these two teams to put up their best fight as they are some of the best teams in this Premier League season.

The implied probability for these two teams attached to the betting lines have Tottenham at a 47.62% chance of winning the game, meanwhile Arsenal have 28.99% probability of finishing the game with the W.