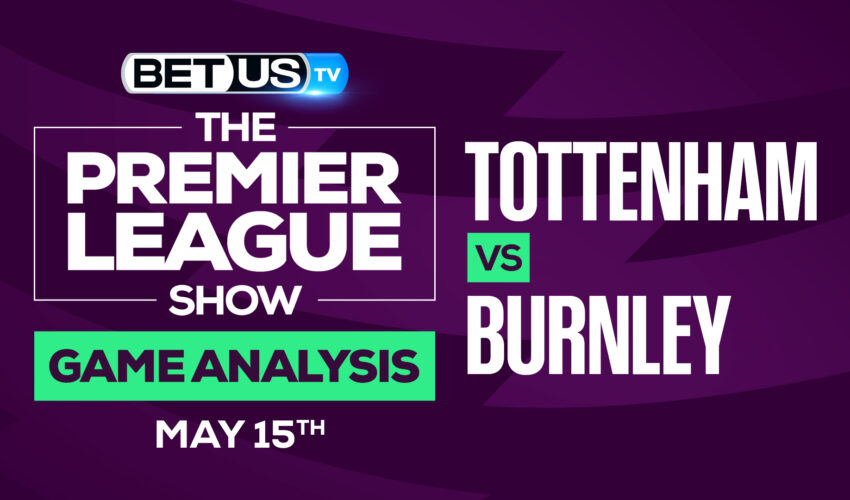 On May 15, Tottenham will be hosting Burnley in one of their last attempts at securing a top-4 finish in this Premier League season. On the flip side, Burnley’s players are going to put all their efforts into trying to not succumb to the pressure at the Tottenham Hotspur Stadium as they are really close to the relegation zone.

Conte’s team is trying to reach Arsenal in the standings as they are only a few points apart. The worrying thing for Tottenham is that Arsenal and Chelsea are currently in a good form and don’t seem to be dropping any more games shortly.

On the other hand, Burnley just took a frustrating defeat against 12th-place team Aston Villa, which means that they are still in the danger zone for relegation. Burnley is currently tied with Leeds in the standings, luckily for them, they have a better goal differential, which means that Leeds is the one in 18th place.

It’s good to know that Burnley will have another shot at taking down Aston Villa, because they have to show they can do better than last time. On May 7, Aston Villa put up a masterclass against Burnley, getting a 2-goal lead before the break. Ollie Watkins’ goal at the 52-minute mark was the last nail in the coffin for Burnley, as Gerrard’s finished with a victory in their books.

What might keep Burnley’s confidence high coming into this match, is that the last time — which wasn’t a long time ago —, they took down Tottenham in a convincing fashion. The game started at a slow pace, but Burnley’s team captain Ben Mee put his team in the lead as he scored the winning goal 89 minutes into the game. But we can’t forget about the Tottenham’s position in the standings, it’s more than clear that Conte’s men will come full force as this is a much-needed win for them.

The implied probability for these two teams attached to the betting lines have Tottenham at a 74.36% chance of winning the game, meanwhile Burnley have 11.11% probability of finishing the game with the W.