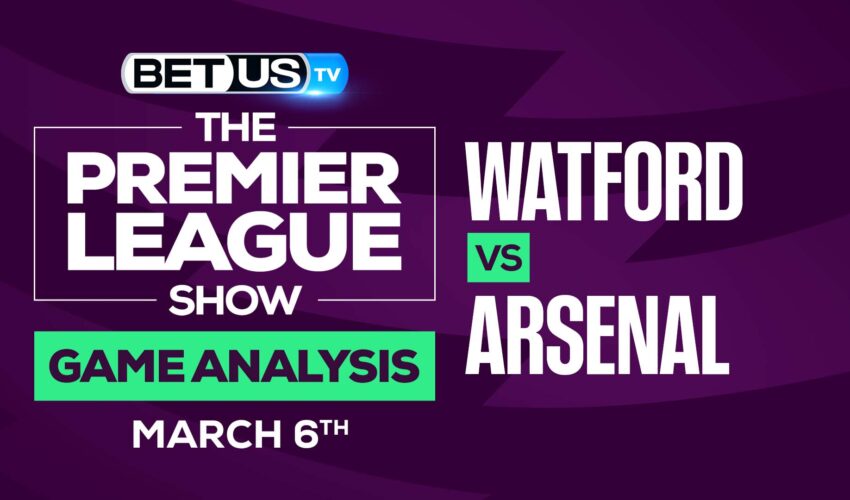 After holding Man Utd to a goalless draw at Old Trafford, Watford will look to claim yet another major scalp when they host Arsenal to their Vicarage Road on Sunday, March 6. Join us as our top Premier League capping experts deliver their best bets, soccer predictions, and free tips ahead of this Matchday 28 fixtures. Sign-up at BetUS TODAY and get a 125% sportsbook bonus up to $2500 by using the Promo Code BETUSTV125. Terms and Conditions apply.

Watford will be expecting another tough game in the Premier League this weekend when they play host to Arsenal. However, the Hornets held Man Utd to a draw last time out and the Gunners haven’t been the most consistent side this season, so Watford will feel like they can get something from this game. Three of the last five encounters between Watford and Arsenal have produced under 2.5 goals, including Arsenal’s 1-0 win at the Emirates back in November. Five of Watford’s and four of Arsenal’s last six outings in all competitions have witnessed fewer than three goals scored. Mikel Arteta’s men are eyeing their fourth consecutive league win. A triumph over Watford will see Arsenal climb to the Champions League berth. Alexandre Lacazette continues to lead the line for the capital club, while there are no fresh injury worries in the away team.