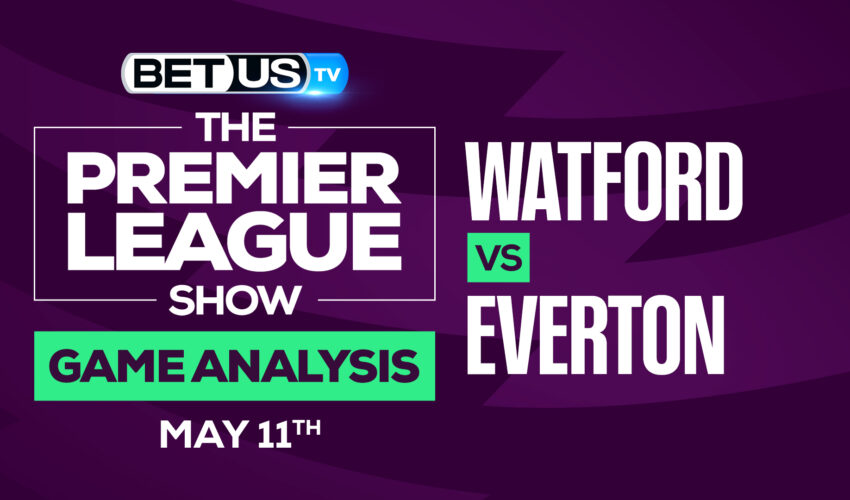 Watford is facing relegation, but they’ll try to trump Everton’s efforts of staying out of the relegation zone. This match will happen at Watford’s Vicarage Road stadium on May 11, and although this match features two of the teams sitting at the bottom of the standings, it’s turning out to be a very exciting one to watch.

Everton is only one point away from the relegation zone, and losing this match against 19th-place Watford might be their final nail in the coffin. Luckily for Lampard, his men have been performing over the expectations as they recently managed to upset 3rd-place team, Chelsea.

If Everton is able to maintain their current form, it’s safe to say that they won’t be getting any closer to the relegation zone. On the flip-side, losing against Watford, the team that is currently o a 6-game losing streak, might mean the start of the end for them.

Now that Watford is guaranteed to relegate, they’re just playing to upset the rest of the competition, although they haven’t been successful at it as of recently. The last time Watford scored a victory in their books was back in March, when they defeated Southampton, although not in a very convincing manner.

The thing about this match that might be worrying Everton the most, is that the first time they played against Watford this season, they got completely dismantled. This happened all the way back in October when Everton hosted Watford at the Goodison Park. Everton started the match well enough, securing an early lead, and kept it going until around the 80-minute mark. But Watford didn’t give up and managed to score 4 goals in a row, closing out the game with a whopping 5-2 score.

If Watford upsets Everton once again, then they just might be the main reason why Everton gets relegated to the EFL Championship in the next season.

The implied probability for these two teams attached to the betting lines have Watford at a 22.47% chance of winning the game, meanwhile Everton have 55.56% probability of finishing the game with the W.