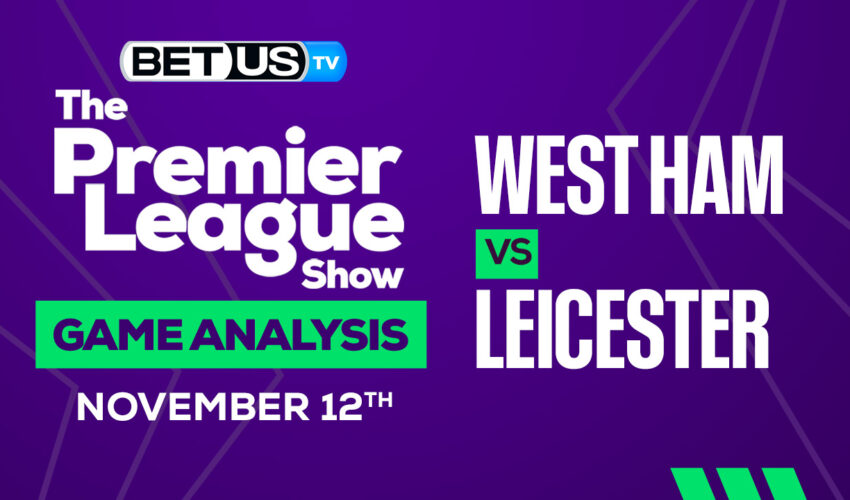 West Ham United and Leicester City will battle each other in the Premier League this upcoming weekend. The match between the Hammers and the Foxes will be set at London Stadium and is scheduled to kick off on Saturday.

West Ham United have been struggling since the start of the season and are unlikely to finish in the European spots in the Premier League table this season. David Moyes’s squad are as low as 15th in the table at the moment with 14 points from 14 games, just 2 points above the relegation zone.

Of course it is rather unlikely that the Hammers will actually land in relegation spots, but results and performances need to improve. The likes of Wolverhampton Wanderers, Everton, Aston Villa and Leeds United are all in danger of getting relegated, and the Hammers cannot get complacent against possible direct rivals by the end of the season.

West Ham suffered a 2-1 defeat to Crystal Palace at London Stadium in the Premier League in their last game, followed with a 3-0 victory over FCSB away from home in the UEFA Europa Conference League Group B.

Leicester City are having a tough time in the Premier League at the moment, as they are in a period of “transition”. Similar to the Hammers, the Foxes cannot get complacent and have to fight hard to increase the lead between themselves and the Premier League bottom three spots.

Leicester are 14th in the Premier League table at the moment with 14 points from 14 matches, just 2 points above the relegation zone. Although there have been way more positive signs from Brendan Rodgers’s side than West Ham, the team need to do much better if they are to push up the standings.

The Foxes got the better of Everton 2-0 away from home at Goodison Park in the Premier League in their last bout.

Looking at the current talent on both squads it will be tough for both to find an opening in the opponent’s side. However we predict Leicester to push for a single goal win this time around.

The implied probability for these two teams attached to the betting lines has West Ham at a 48.78% chance of winning the game, meanwhile Leicester has 27.40% probability of finishing the game with the W.