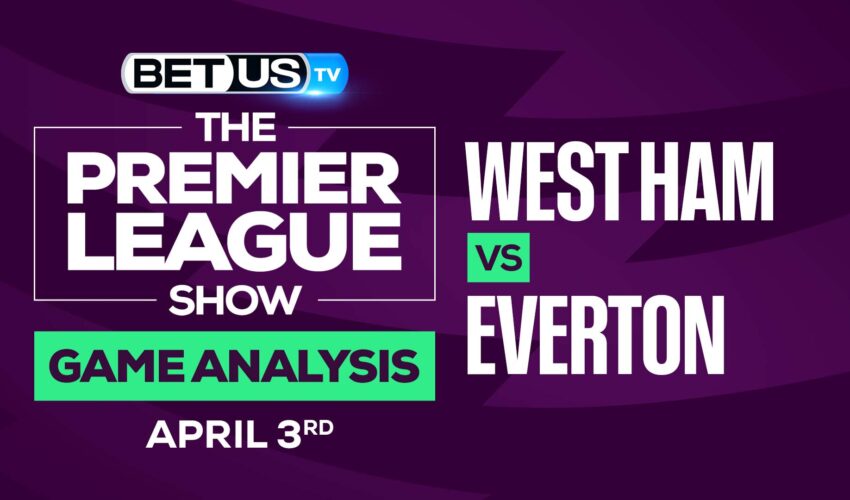 West Ham and Everton face each other at Olympic Stadium in a highly-anticipated Premier League game, on Sunday, April 3. Join us as our top Premier League capping experts deliver their best bets, soccer predictions, and free tips ahead of this Matchday 31 fixtures.

The Hammers aim to make amends for a 3-1 loss to Tottenham, and they are likely to go all guns blazing at Frank Lampard’s men. Michail Antonio is widely expected to lead the line for West Ham after he was omitted from the Jamaica squad, while Jarrod Bowen faces a race against the clock to be fit for Sunday’s clash. The Toffees, on the other hand, are sitting just above the relegation zone. Everton is not regarded as a good traveler winning just one away game all season long and conceding 28 goals in 13 road games. Allan is banned for the match, both Townsend and Mina are out of contention with injuries. West Ham managed to win the reverse fixture, 1-0 on the road.