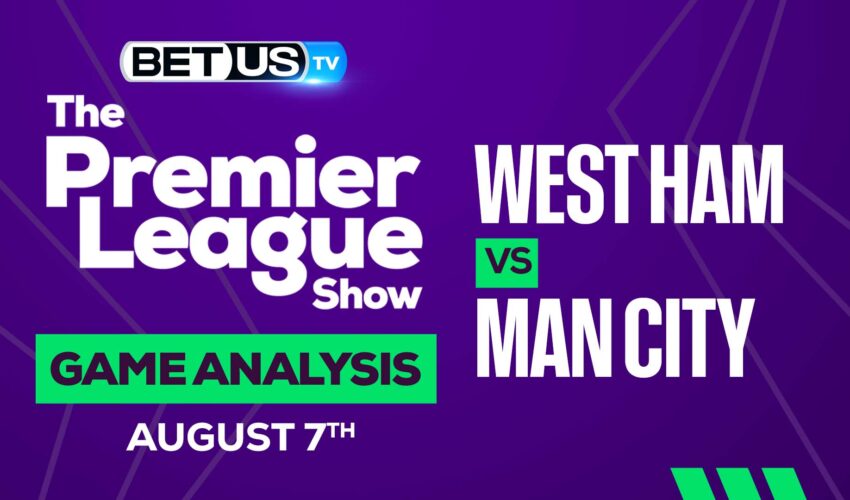 The current Premier League champions Manchester City take a trip on Sunday to the London Stadium to face off against West Ham United to kick off their 2022-23 campaign. Pep Guardiola did an amazing job with the team last season and he’ll try to keep the ball rolling this time, looking to regain the title for a third consecutive season, which is something that only their rivals Man United have done before.

Guardiola’s side heads into this game on a recent 3-1 victory in the Community Shield final over Liverpool, the league runner-ups, having only played two pre-season games before this. They have seen several changes during the off-season, most notably the arrival of the great striker Erling Haaland from Bundesliga’s Borussia Dortmund, while Raheem Sterling left City to join 3rd place team, Chelsea.

Now if we take a look at West Ham, they won only 2 out of their 7 pre-season games, which might not be that uplifting heading into a match against the current champions. The Hammers have played against Man City 42 times in the Premier League, and they have managed to win only 9 of those encounters. What might give the Hammers some confidence is that the last time they played against Man City, it ended in a 2-2 draw at London Stadium.

Maxwell Cornet is on West Ham’s aim as he is really close to agreeing a deal, but there is competition coming from Everton, Newcastle, and Nottingham Forest, who all want to sign the 25-year-old Ivorian player. Cornet, who can play left wing, left-back and through the middle as a central forward, is expected to leave Burnley following their relegation from the Premier League. While signing Cornet would be great news for all the West Ham fans out there, the future is still uncertain.

The implied probability for these two teams attached to the betting lines has West Ham at a 12.50% chance of winning the game, meanwhile, Man City has a 72.97% probability of finishing the game with the W.

Sign-up at BetUS TODAY and get a 125% BONUS. Use the Promo Code BETUSTV125. Terms and Conditions apply.