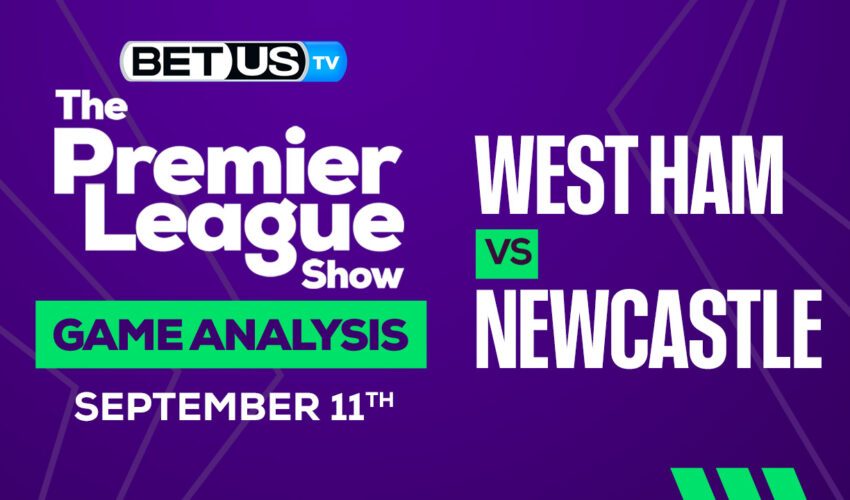 After suffering a heart-breaking 2-1 loss to Chelsea at the weekend, West Ham will look to record their only second win of the season when they face Newcastle United at London Stadium on Sunday. The Hammers have yet to find their best form, but new signing Lucas Paqueta is widely expected to help the capital club improve their game. Both Johnson and Aguerd are sidelined with injuries, while Dawson is a major doubt.

Moyes has preferred 3-5-2 this Season With Declan Rice, Aaron Cresswell, and Jarrod Bowen on the pitch, West Ham can display a high degree of elegance in possession. In general, Moyes’ men adopt a direct approach, in which they look to find their striker and then use his excellent hold-up play to involve others closer to the goal. Antonio floats toward the ball during counterattacks, pulls defenders with him, holds up the ball, and allows others to sprint into the space created.

Now looking at the other side, the Magpies played out a goalless draw with Crystal Palace at the weekend. Newcastle are likely to rely on their rock-solid defense in Sunday’s clash as well, but a home win should be considered as it’s expected that West Ham’s Paqueta is going to impress on his Premier League debut. For Newcastle, pacey forward Saint-Maximin is a major doubt, while both Wilson and Shelvey remain on the sidelines with injuries.

As a result of the latest additions, Eddie Howe has settled on a 4-3-3 / 4-5-1 formation. With Kieran Trippier on board, the Magpies will be able to play an attack-minded style of football, and Chris Wood gives the team a focal point up front once again with Callum Wilson also playing. Under Eddie Howe’s management, Callum Wilson and Ryan Fraser established themselves at Bournemouth. With his target man abilities, Chris Wood will provide Newcastle with a completely different look to the team.

The implied probability for these two teams attached to the betting lines has West Ham at a 40.00% chance of winning the game, meanwhile Newcastle has 34.48% probability of finishing the game with the W.