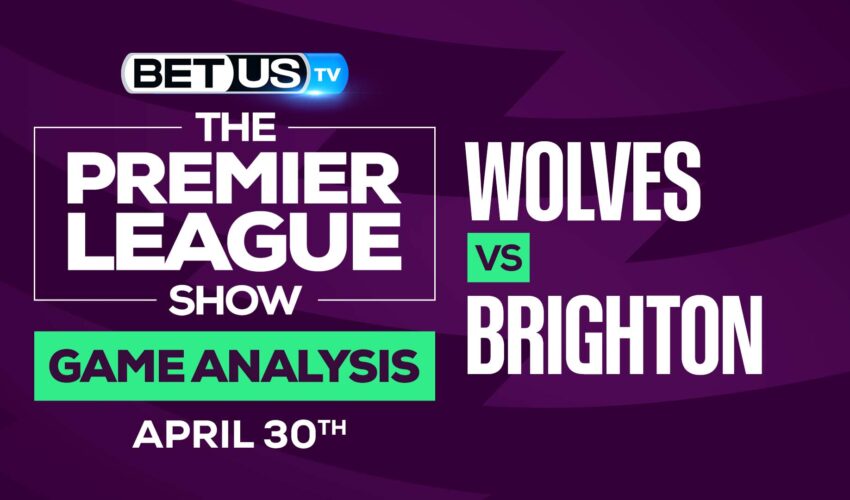 The Wolves will host Brighton & Hove Albion F.C at Molineux Stadium on April 30. The last time these two teams faced each other the Wolves came out on top with a score of 1-0. Only 2 spots separate the Wolves and Brighton on the Premier League standings as Wolverhampton is currently sitting in the top 10.

The last Wolves match was against Burnley in the Premier League and they weren’t able to secure a lead and ended up falling 0-1. Even if the Wolves had a 65% possession they had way fewer shots than the opposition and never got a real chance at scoring. Now the Wolves head into their last five matches of the season and the chances of snatching a top 7 position are slim. They need to secure a win every chance they get and their match against Brighton is no exception.

Bruno Lage has already done a great job in his first year with the Wolves but achieving a top 7 spot would be a huge feat. It’s going to be very important for Lage’s men to take advantage of any opening Brighton gives them as they did the first time these two teams faced met each other.

Brighton is currently trying to reach a top 10 spot as they are just 1 point behind Leicester City. Luckily for them, Yves Bissouma will be returning from a yellow card suspension just in time for their match against the Wolves. Graham Potter’s form has been a rollercoaster in their last 5 games with a 2-2-1 score. Their last match was against Southampton and it ended with a 2-2 score with Welbeck and Salisu being responsible for the goals.

The Wolves might come in as the favorites as they took down Brighton earlier in the season. But French striker Neal Maupay can play a huge part in Brighton’s chances of getting an upset win against the Wolves.

The implied probability for these two teams attached to the betting lines have Wolves at a 37.04% chance of winning the game, meanwhile Brighton have 35.71% probability of finishing the game with the W.