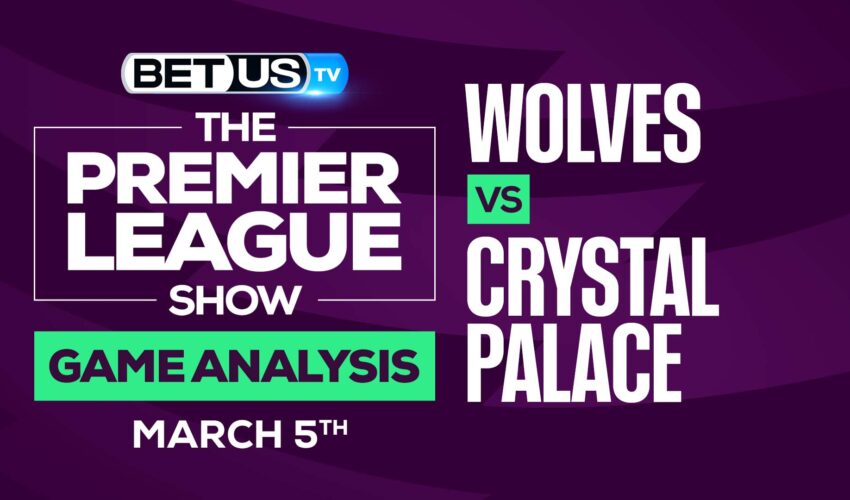 Wolves’ good home form will be put to the test when they welcome Crystal Palace to Molineux for a Premier League fixture on Saturday, March 5. Join us as our top Premier League capping experts deliver their best bets, soccer predictions, and free tips ahead of this Matchday 28 fixtures. Sign-up at BetUS TODAY and get a 125% sportsbook bonus up to $2500 by using the Promo Code BETUSTV125. Terms and Conditions apply.

Wolves are coming off a 1-0 defeat at West Ham last time out in the Premier League. That was the second straight defeat for Bruno Lage’s men, who were also beaten 2-1 by Arsenal in their previous fixture. Despite that mini-slump, Wolves remain in the mix to finish the season in the European places. They are eighth on the table, five points behind fifth-placed West Ham having played a game less than the Hammers. Things have not been smooth for Crystal Palace lately as they have claimed just one win from their last eight Premier League matches. However, that win came last time on the road as they eased to a 4-1 victory at Watford. Fewer than three goals have been scored in four of Wolves’ and four of Crystal Palace’s last six outings in the league and cup games. Crystal Palace was involved in FA Cup action on Tuesday night, playing host to Championship side Stoke City. They needed a late goal from defender Riedewald to book their tickets into the next round.