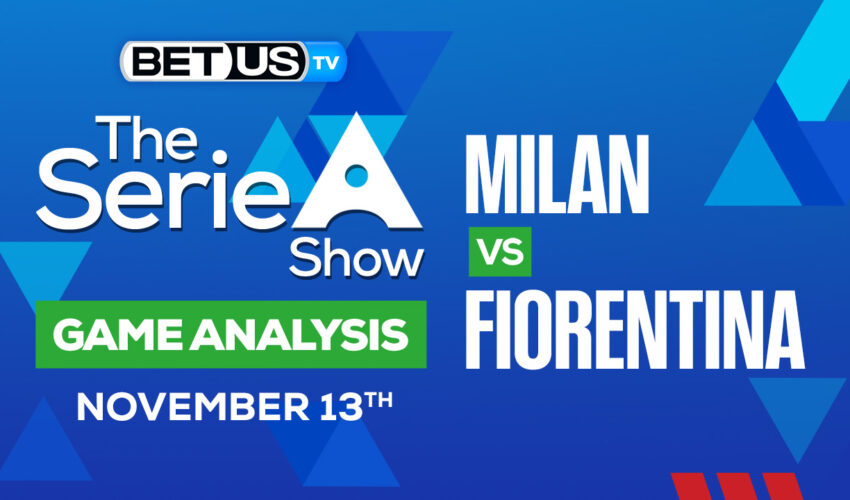 The current champions play their final game of the year on Sunday when they host Fiorentina at the San Siro Stadium in Milan. It hasn’t all gone quite to plan for Stefano Pioli and Milan this season so far but another three points here going into the World Cup break would set the Rossoneri up nicely for the New Year.

Pioli has had to deal with a string of injuries to important players, but the replacements have largely been able to do the job. Olivier Giroud is likely to come back to the starting XI here after suspension and could be a good bet to score at any time considering the season he is having.

Aside from a couple of games, Milan have looked good so far this year and have grounded out wins when necessary to stay in touch with Napoli at the top of the table. This should be another three points in a game that the Rossoneri could dominate from the start.

That is not to say that Fiorentina have not played well themselves this season. The Viola have gone toe to toe with a number of the top sides but have tended to come off second best in the end. A trip to San Siro could be another tough task for Vincenzo Italiano’s side.

It doesn’t look as if Vincenzo Italiano has any fresh injury worries – and definitely not as many as his Milan counterpart. But he could still change around the starting XI, with Arthur Cabral possibly replacing Luka Jović up front.

With European football extended into 2023, Fiorentina will look to step up a little and push into the top half of the Serie A table in the first few months after Christmas. But getting anything from this trip to Milan is surely asking too much.

Let’s check the latest Serie A picks, news, stats and Serie A expert picks for Milan vs Fiorentina. We’ve plenty of Serie A predictions for you to consider.

The implied probability for these two teams attached to the betting lines has Milan at a 57.45% chance of winning the game, meanwhile Fiorentina has 21.51% probability of finishing the game with the W.