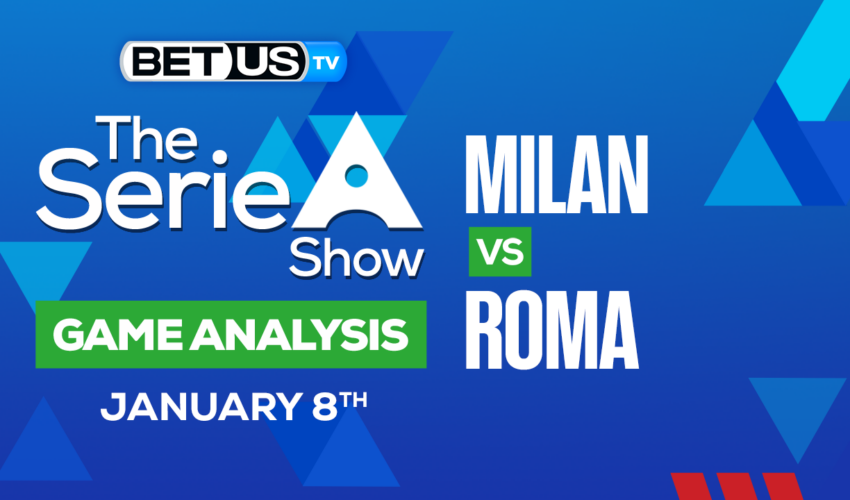 This Sunday, January 8, we will witness a Serie A showdown when AC Milan welcomes Roma to the San Siro stadium.

AC Milan will be hoping to get back to winning ways after their last meeting on January 6, 2022 where they won 3-1. In that match AC Milan had 56% ball possession and 16 scoring chances with 10 shots on goal. The scorers in this match were Rafael Leão and Sandro Tonali. On the other hand Roma had 8 shots on goal with 1 shot on target, the only goal they scored was by Federico Bonazzoli.

AC Milan have scored three or more goals in 5 of their last 6 most recent meetings, plus they have won the last 5 meetings against Roma and are unbeaten at home in their last four league games.

Roma are coming off a win against Bologna in their most recent meeting, where they had 38% ball possession and 14 scoring chances with 4 of them on target. The only player to score for Roma was Lorenzo Pellegrini, who had 10 shots on goal with 1 on target.

The stats say that Roma have conceded goals in 5 of their last 6 games, giving us a total of 5 goals. Roma is being a bit inconsistent which should change for this game.

The history between these two teams shows that AC Milan have won 4 of them and Roma 1 leaving us with only 1 draw. These clashes give us a total of 21 goals scored, 13 for AC Milan and 8 for Roma, giving us an average of 3.5.

Looking at all this, betting against AC Milan could be a wrong decision.

Let’s check the latest Serie A picks, news, stats and Serie A expert picks for Milan vs Roma. We’ve plenty of Serie A predictions for you to consider.

The implied probability for these two teams attached to the betting lines has Milan at a 54.55% chance of winning the game, meanwhile Roma has 22.47% probability of finishing the game with the W.

AC Milan AS Roma Serie A