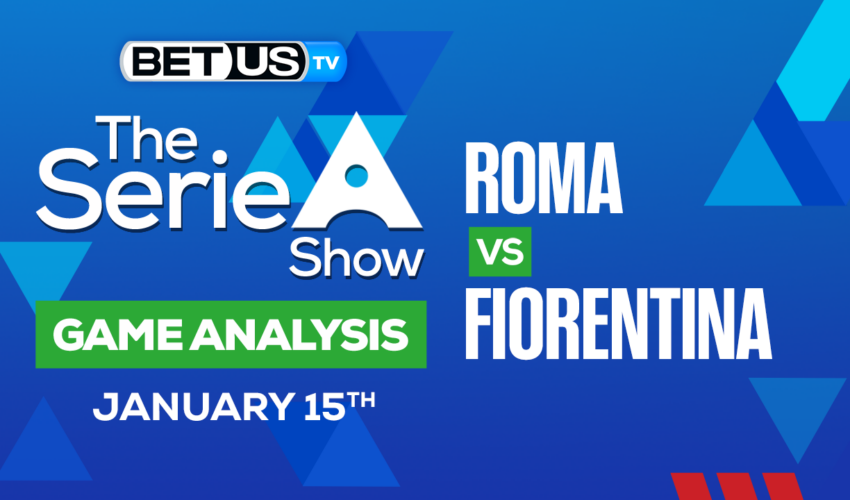 Following a brief respite from Serie A competition in order to focus on the Coppa Italia, both Roma and Fiorentina will go back to work on their up-and-down league campaigns with a clash at the Stadio Olimpico on the evening of Sunday.

After a victory and a tie in the early stages of the 2023 campaign, Roma are now in seventh place. Lorenzo Pellegrini’s early penalty kick was the game-winner for the club on their return to competitive action, as it allowed them to edge off Bologna and take all three points.

Even if Roma’s excellent streak continued over the weekend, the Giallorossi left it late atSan Siro. With only a few minutes remaining, Jose Mourinho’s team trailed by two goals when Roger Ibaez pulled one back and Tammy Abraham salvaged a point.

Considering his performances from last term, the English striker has not had the best of seasons thus far, but that goal might be crucial. His confidence will return if he can grab another one this weekend against Fiorentina.

That may very well occur, and Roma will unavoidably play it close as usual, seeking a straightforward victory with few goals. In addition, Roma will need three points to be competitive with teams like Atalanta, Lazio, and Inter and in the running for a Champions League spot.

Since the start of the month, when Serie A resumed play, Fiorentina has earned four points from its two games. However, given the opposition, head coach Vincenzo Italiano will have anticipated at least that and is aware that this weekend’s encounter should be more challenging.

Following an undefeated start to 2023, Fiorentina is in the top half of the standings. In their first game back in Serie A following the World Cup, the club drew with Monza thanks to a goal from Arthur Cabral. Riccardo Saponara’s goal and Nicolas Gonzalez’s game-winning penalty kick in the 91st minute helped Florence defeat Sassuolo and earn all three points.

Let’s check the latest Serie A picks, news, stats and Serie A expert picks for Roma vs Fiorentina. We’ve plenty of Serie A predictions for you to consider.

The implied probability for these two teams attached to the betting lines has Roma at a 51.22% chance of winning the game, meanwhile Fiorentina has 51.22% probability of finishing the game with the W.

ACF Fiorentina AS Roma Serie A