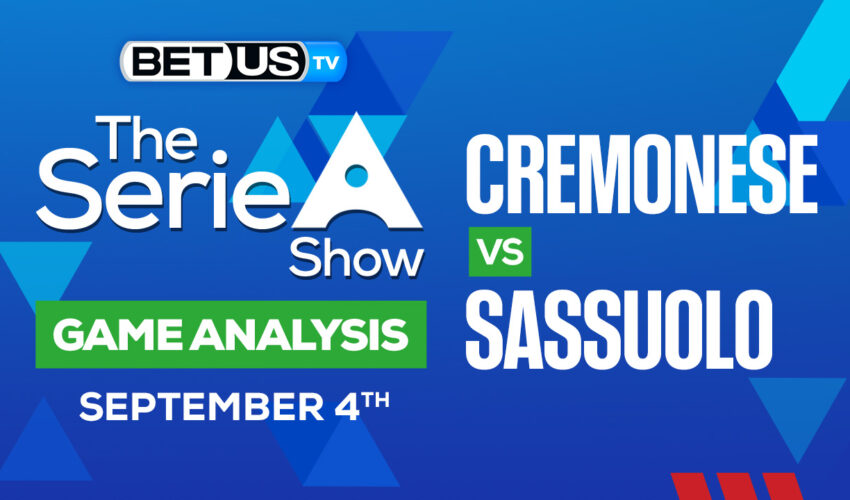 Sassuolo takes a trip to Giovanni Zini Stadium where they’ll face Cremonese in Serie A’s matchday 5. Following promotion last season, Cremonese have started their 2022/23 Serie A season with four successive defeats and the home team comes into this on the back of a 3-1 hammering at the hands of Inter Milan in their most recent outing, during the midweek. They now face a Sassuolo side that, under the management of Alessio Dionisi, shared a goalless draw at home to AC Milan as they search for some rhythm and fluency. Sassuolo will be favorites for this one but this could also be a great time for Cremonese to bounce back from such a disappointing season start.

Cremonese is currently sitting at the very bottom of the standings, with only Monza below them but that’s just because of the goal difference as both teams have scored 4 defeats in a row. In Grigiorossi’s last game, The Nerazzurri started the game flying out of the blocks and broke the deadlock after 12 minutes after Joaquin Correa tapped home the rebound from an Edin Dzeko shot, after Nicolo Barella was the architect behind the counter. Cremonese created a lot of good chances throughout the match mainly due to careless unforced errors by Inter, one of which led to David Okereke scoring in the 90th minute to pull one back for the visitors.

On the other side, Sassuolo picked up a 0-0 draw at the Stadio Mapei against the Serie A champions AC Milan, which is more than they could’ve hoped for. “We had the best chance in the game, I think the result was fair. Milan dominated the game in the second half, they have players of a higher level right now and could introduce fresh players,” Dionisi told DAZN. Berardi could have scored his 11th game against the Rossoneri, but Mike Maignan saved his penalty in the first half. “We threw in a debutant and a player who has returned from a serious knee injury. I am really happy about it because Marchizza will be an important player for this club. I am proud of this performance”, this kind of attitude will benefit Sassuolo greatly in their upcoming matches.

Let’s check the latest Serie A picks, news, stats and Serie A expert picks for Cremonese vs Sassuolo. We’ve plenty of Serie A predictions for you to consider.

The implied probability for these two teams attached to the betting lines has Cremonese at a 32.79% chance of winning the game, meanwhile, Sassuolo have 44.44% probability of finishing the game with the W.