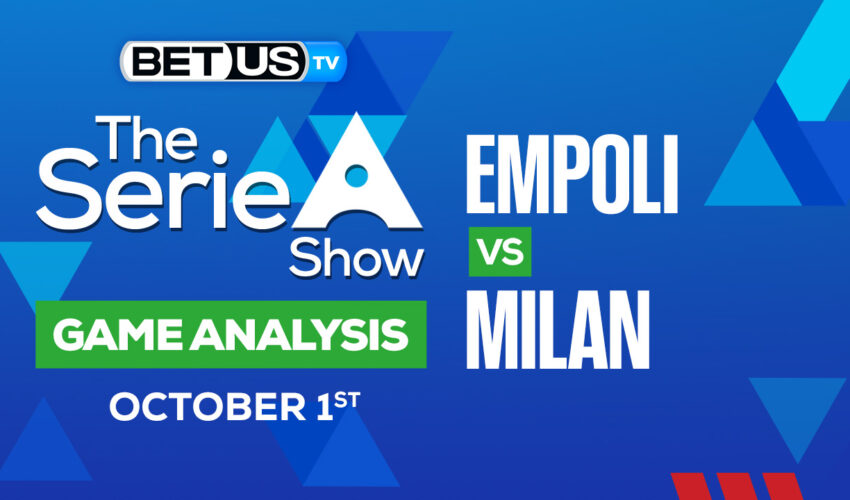 In this eighth matchday of Serie A, Milan will face Empoli in their quest for promotion to the Champions League. After a heartbreaking loss to Napoli, expect the Rossoneri to adopt an attacking approach in Saturday’s clash. It will be an interesting match as Ibrahimovic, Hernandez, Florenzi, Rebic, Calabria, Origi and Tonali will be out due to injuries.

On the other hand, the home side needed to beat Bologna and they got it, which resulted in a confidence boost for the team. Lorenzo Tonell, Mattia Destro and Tommaso Baldanzi are injured for the home team. The Rossoneri have beaten the Azzurri in each of their last three Serie A meetings.

Milan have already overcome many difficult matches, after drawing with Atalanta and beating Inter. The victories against Bologna and Sampdoria allow them to stay in the race for the points in this match.

As for Empoli, after only one win and only six goals, they could have done much better this season. It will come into the match with four draws and two defeats.

As a consequence, Empoli jumped to 14th place in the league standings. Coach Paolo Zanetti should be concerned about his team’s offensive performance, which has not been so good this season, considering a lineup adjustment might be a good idea.

Empoli have never beaten AC Milan at home. Milan won and drew six games in the previous twelve visits to the Carlo Castellani stadium. It’s hard to bet against Milan, after all the history of the meetings.

Empoli despite their difficulties will not be an easy opponent this season, therefore Milan can win by a single goal at the Castellani.

The gap with Napoli and Atalanta is now only three points, so winning here is crucial for Milan to sneak into the top three.

Let’s check the latest Serie A picks, news, stats and Serie A expert picks for Empoli vs Milan. We’ve plenty of Serie A predictions for you to consider.

The implied probability for these two teams attached to the betting lines has Empoli at a 18.18% chance of winning the game, meanwhile Milan has 61.54% probability of finishing the game with the W.