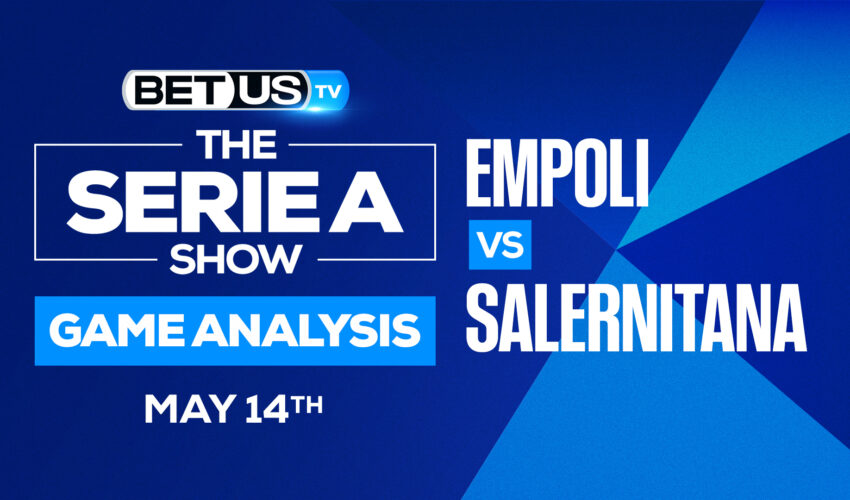 On May 14, Salernitana will do a last push to try and get as far away as possible from relegation zone. They are just 1 point ahead of Cagliari and 2 of Genoa, if any of these two teams manage to score a win this week then Salernitana will be in a really tough position as they only have 2 more games remaining this season. Empoli is in a much more comfortable position, while they are sitting at the bottom-half of the standings, they already guaranteed themselves Serie A safety.

Nicola’s men only have one objective in mind, keep their win streak going which will highly increase their chances of staying in Serie A for the next season. They haven’t lost a single one of their last 6 games, meaning they’ll come into this match fully trusting they’re completely able to take down Serie A’s 14th-place team Empoli.

Although their most recent matches were against some of the teams sitting at the bottom of the standings, Salernitana was able to take down Fiorentina, and had a 1-1 draw against Atalanta, which are two top-10 teams. If Nicola’s side manages to play their best best game, there is a huge chance that we see them take down Empoli.

One of the main reasons why Salernitana might just have what it takes to win against Empoli, is that Andreazzoli’s men haven’t been performing that great against lower ranked teams. They recently took a loss against Udinese and had a goalless draw against Spezia. Empoli is not in the best form right now, and considering how this game doesn’t affect them in their standings, this might be Salernitana’s golden opportunity to secure Serie A safety.

Even if Empoli was able to dominate Salernitana the last time they met back in October, this is a very different situation and Salernitana will come full force in this match as this is one of their most important games in this last part of the season.

The implied probability for these two teams attached to the betting lines have Empoli at a 31.75% chance of winning the game, meanwhile Salernitana have 46.51% probability of finishing the game with the W.

Empoli FC Serie A US Salernitana 1919