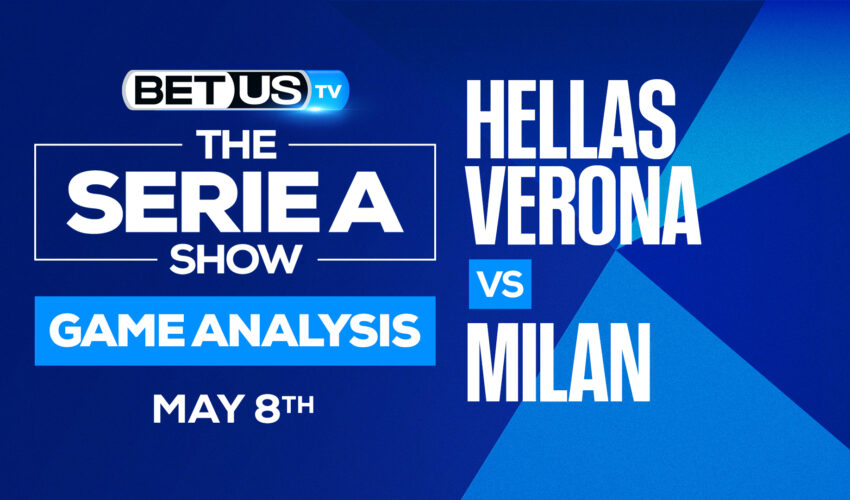 On May 8, Milan is visiting Verona at the Marc Antonio Bentegodi stadium to try and extend their win streak. Pioli’s side is currently leading the standings by 2 points over Inter, but they are not in a comfortable position at all. Inter’s next three games are against some of the worst-placed teams in the league, which might give them enough points to secure first place if Milan slows down.

Tudor’s team is still trying to get into the top 7 and secure a spot in the Europa Conference League play-off round, but they have tough matches ahead of them. Verona comes into game on a decent form as they recently took down Atalanta, altough not in a very convincing manner.

Verona started off with a 1-0 lead in the first half, and around the 55-minute mark, it increased to a 2-0 lead. But this wasn’t because Venoa outplayed Atalanta, it was the opposite, Atalanta outplayed themselves thanks to Teun Koopmeiners’ own goal. This has to be one of the most frustating moments for Atalanta as they managed to score a goal at later in the game, but Verona closed out with a victory due to Koopmeiner’s mistake.

On the other hand, Milan is aiming to finish the season in 1st place, and their recent performance against top teams shows this. A couple of weeks ago they scored a win against Serie A’s 5th- place team Lazio. In a game where Milan was on a deficit very early into the game, they were able to bounce back after the break in a convincing fashion, finishing the game with a 2-1 score.

What might keep Tudor’s hopes alive is to remember their performance against Milan the last time they met back in October. They started with a solid 2-0 lead in the first 24 minutes of the match, but they ended up dropping it after the second half.

Verona has a huge challenge in front of them, but if they learned from their last encounter against Milan, then they might just have what it takes to score a victory in their books.

The implied probability for these two teams attached to the betting lines have Verona at a 22.73% chance of winning the game, meanwhile AC Milan have 57.45% probability of finishing the game with the W.