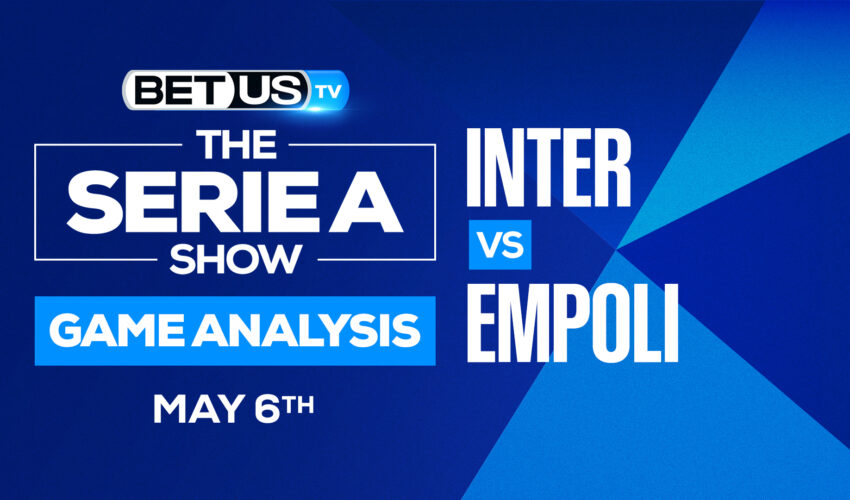 On May 6, Inter will host Empoli at the San Siro stadium as they try to close out the season in their best form. Inzaghi’s men have managed to win 5 out of their last 6 games, and they have already secured a spot in the upcoming Champions League group stage.

Inter is still trying hard to win all their games as they have a chance at championing the league this season. They are 2 points behind Milan, and although Pioli’s team is on a good streak, Inter can’t lose hope yet.

Inzaghi recently scored a win against Udinese, which made them bounce back from their concerning loss against Serie A’s 13th-place team Bologna. In their match against Udinese, Inter had a steady control over the game where they had a 2-goal lead 39 minutes into the game. Udinese made an attempt at getting back into the game, but it was too late, Inter closed out the game with a small lead.

On the other hand, Andreazzoli’s team comes into this match after a defeat against Jurić’s side. Empoli gave up their early lead and Torino managed to come back into the gamer after Belotti’s hat-trick late into the game sealed Empoli’s fate.

Andreazzoli will have to keep his players focused as their recent win over 3rd-place team Napoli might give them enough fuel to take over Empoli. In a game where Napoli had absolute control over the field, where others saw a clear defeat, Empoli saw an opportunity. Lenderson and Pinamonti scored 3 goals over a 15-minute span and that was enough to secure the victory for their team.

If Andreazoli’s side keeps up with Inter’s aggressive play, then they might have a shot at winning this game. Even if Empoli is basically fixed in 14th place, a win in their books might be just what they need after having a rough patch.

The implied probability for these two teams attached to the betting lines have Inter at a 87.50% chance of winning the game, meanwhile Empoli have 5.88% probability of finishing the game with the W.