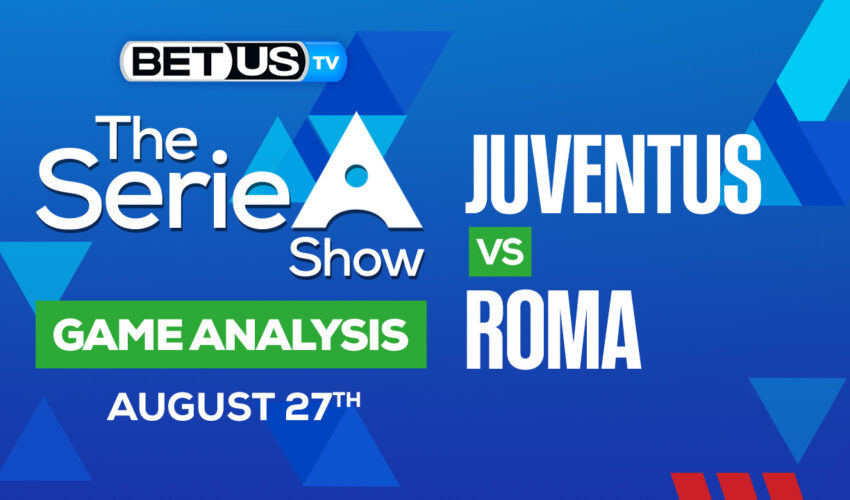 Two teams that haven’t conceded a single goal so far this 2022-23 Serie A season will face off on Saturday when Roma take a trip to Allianz Stadium, where they’ll meet Juventus. Massimiliano Allegri was left using his long list of injury casualties as an excuse at the weekend, as Juve ended match day two with a 0-0 stalemate. There was a distinct lack of attacking flair against Sampdoria that meant the Old Lady remained unbeaten, but not with maximum points.

Allegri does have a point, with Ángel Di Maria providing much of the opportunities in that opening day win against Sassuolo. He was missing, as was Federico Chiesa and Paul Pogba. It also didn’t help that Dušan Vlahović had possibly his worst game in a Juventus shirt. Now Juve must pick themselves up for the clash against Roma on Saturday. The scudetto race looks wide open once again, so beating the other challengers could be key to leading Serie A later in the season.

Jose Mourinho seemed happy enough with his side’s 1-0 win over Cremonese on Sunday. The Giallorossi had to make do without new loan signing Gini Wijnaldum, who has broken his leg and now faces a long stint on the sidelines. Chris Smalling eventually scored the winning goal after Cremonese keeper Ionut Radu pulled off a string of spectacular saves to deny the likes of Tammy Abraham and Paulo Dybala. Neither of the Roma attackers have opened their goal accounts this season as of yet.

Now, after two victories over teams that may well be fighting against relegation this season, Roma have their first real test of the campaign. Mourinho would probably be happy with taking a point from the trip to Turin, and that could well turn out to be the case. This is turning out to be one of the most exciting matches of the weekend, so make sure to not miss it!

Let’s check the latest Serie A picks, news, stats and Serie A expert picks for Juventus vs Roma. We’ve plenty of Serie A predictions for you to consider.

The implied probability for these two teams attached to the betting lines has Juventus at a 42.55% chance of winning the game, meanwhile Roma has 30.30% probability of finishing the game with the W.

AS Roma Juventus FC Serie A