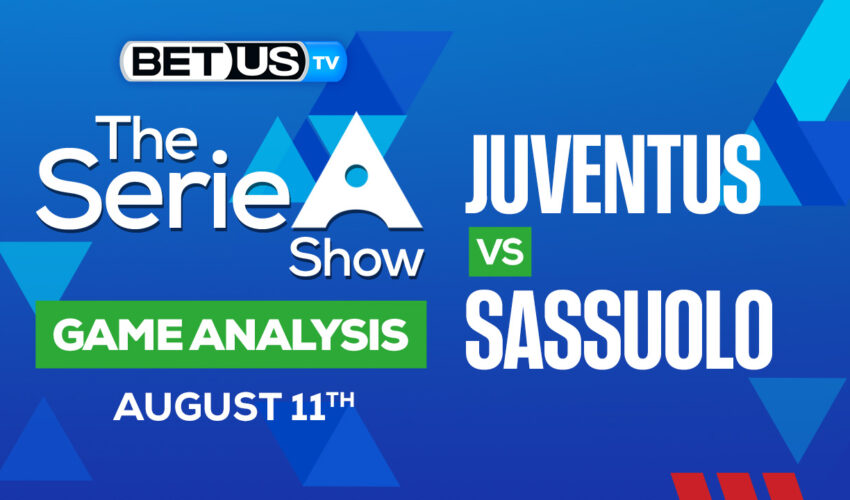 Juventus kicks off their 2022-23 campaign against Sassuolo at Allianz Stadium on Monday. After a top-4 finish last season, Juventus will try to repeat the feat and secure their place in the Champions League next year. Sassuolo have hopes of a top-half finish in Serie A this season, but their 2021-22 campaign wasn’t that successful, locking themselves in 11th place.

The Juventus fans should feel excited as we all know by now, Filip Kostic should complete his switch from Eintracht Frankfurt to Juventus very soon. The winger will become the latest Serbian player to sign for the Old Lady. “Kostic is a hard worker, always concentrated, he covers the entire left wing. I repeat, he is the perfect signing for Juventus,” said Kovacevic, former Juventus striker, in an interview.

Now looking at Sassuolo, well, they have always been an entertaining team to watch in Serie A, with the ability to reinvent themselves constantly. But this season could be a tough one, as Sassuolo have lost some key players and could lose more before September. Thus far, only one player has been brought in. Agustin Alvarez is the player who has come in to replace the out-going and hugely talented Gianluca Scammaca.

Dionisi was impressive at Empoli and so far he has done a reasonably good job with Sassuolo. It is going to be a difficult season for the coach though, as he tries to find a way to cope with at least one and possibly two of his top strikers leaving. Dionisi will have to rely on a combination of youth players coming through and his tactical ability.

Juventus are the favorite ones coming into this match, but they are still very much in need of upgrades in other parts of the squad if they want to snap their 4th-placement streak, which has been going for a couple of seasons now.

Let’s check the latest Serie A picks, news, stats and Serie A expert picks for Juventus vs Sassuolo S. We’ve plenty of Serie A predictions for you to consider.

The implied probability for these two teams attached to the betting lines has Juventus at a 68.25% chance of winning the game, meanwhile, Sassuolo have 15.38% probability of finishing the game with the W.