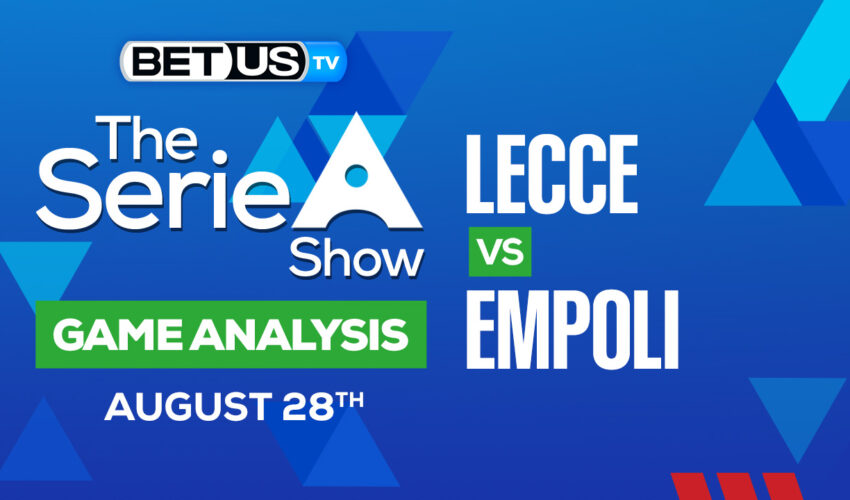 On Sunday, Lecce and Empoli, two teams without a win, will meet at the Stadio Via del Mare. Empoli is one of three Serie A teams yet to even score a goal in two rounds of action, so they will be keen to get something from the long trip south. Lecce were promoted as champions but are yet to pick up a point this season after losing to Inter and Sassuolo in the opening weeks. This is the first opponent that might be considered a relegation rival though, so all three points are vital for the Salentini.

They remain linked with Barcelona defender Samuel Umtiti, who could join the club on loan for the rest of the season. He would be a valuable asset in the fight against the drop and could link up nicely with new signing Marin Pongračić. Lecce has historically been unable to stay in the top flight for more than one season and will be desperate to get off to a good start. With two defeats already, this clash with Empoli is already feeling a little like a must-win.

Empoli tends to stick around a little longer in Serie A and surprised a few people last season by finishing 14th – well away from the drop zone. Paolo Zanetti will feel as though he will be able to repeat that trick this year too. Although Empoli has not been able to find the net yet this season, there have been some good performances and it could be argued that the Azzurri might have been able to snatch all three points at home to Fiorentina last weekend.

Empoli is an interesting team to watch and there have been some good additions to the squad, such as Mattia Destro, who joined from relegated Genoa. If he can start scoring, Empoli could prove a handful once again. Unfortunately for Zanetti’s side, the red-carded Sebastiano Luperto could be replaced with Koni De Winter. While Lecce head coach Marco Baroni could hand new loan signing Marin Pongračić his first start after arriving from Bundesliga side Wolfsburg.

Let’s check the latest Serie A picks, news, stats and Serie A expert picks for Lecce vs Empoli. We’ve plenty of Serie A predictions for you to consider.

The implied probability for these two teams attached to the betting lines has Lecce at a 29.85% chance of winning the game, meanwhile, Empoli have 47.62% probability of finishing the game with the W.

Empoli FC Serie A US Lecce