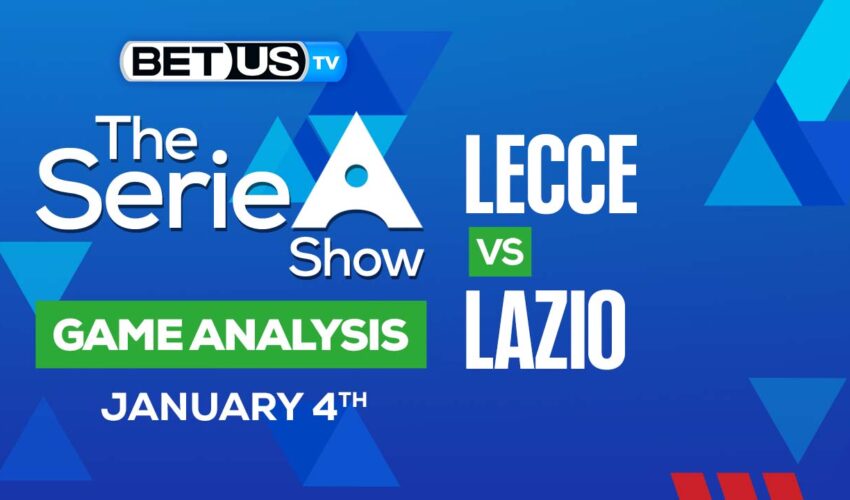 Lazio is looking forward to Serie A action once more, this time against Lecce on Wednesday, as they look for a victory that might be enough to push them into second place in the Serie A table.

On the other side of the field, the hosts are still searching for consistency in order to avoid the relegation zone.

After 9 wins out of 15 matches and having the 2nd best defensive line in the league, Maurizio Sarri has definitely done wonders with Lazio’s domestic campaign until this point. Nevertheless, 6 out of the 11 goals created in Serie A during the 2022-23 tournament were in 2 defeats versus Salernitana and Juventus before the World Cup break.

After an incredibly chaotic schedule, Sarri’s side were definitely happy to enter the international break in order to reset both physically and mentally. Now they will look to capitalize and improve on their inconsistencies through the season.

Lazio was unbeaten in their last 6 Serie A away matches before their game against a shaky  Juventus in Turin, this was their final game before the World Cup break.

Now taking a look at Lecce, in their first season back in Italy’s highest tier of football, they have won a single game out of their first 13 matches, a clear sign that the newcomers will fight relegation this season.

Unexpected wins versus Atalanta and Sampdoria have shown some promise within the side, however they still need some better performances if they want to push into the mid table.

Marco Baroni’s squad has lost only twice at home which shows some resilience in their castle, these happened against Inter Milan and Juventus.

Even though Lecce is known to be a tough opponent in home ground, we believe Lazio has the creativeness to push for a win this time around. Take Lazio.

Let’s check the latest Serie A picks, news, stats and Serie A expert picks for Lecce vs Lazio. We’ve plenty of Serie A predictions for you to consider.

The implied probability for these two teams attached to the betting lines has Lecce at a 26.67% chance of winning the game, meanwhile Lazio has 47.62% probability of finishing the game with the W.

Serie A SS Lazio US Lecce