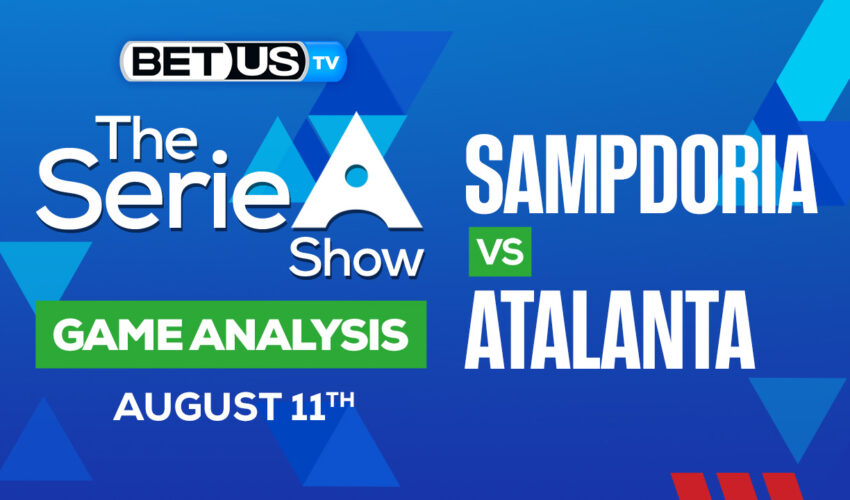 The 2022-23 Serie A season kicks off this weekend and we have an exciting match between Sampdoria and Atalanta on Saturday. Atalanta finished in a disappointing 8th position last season and will be looking to get the new Serie A campaign off to a positive start with an away win. Hosts Sampdoria finished three places and 6pts above the relegation zone last time out and will be hoping to push further into mid-table safety this season.

Even though it wasn’t as terrible, Atalanta ended their last campaign in frustration, as Gian Piero Gasperini’s side eventually lost out in the race for Europe to Fiorentina on the final weekend. Atalanta’s preseason form gives them an edge as favorites, with two wins from four warm-up games, compared to Sampdoria’s record of one win from three.

Unfortunately for Atalanta, Gasperini is facing a long injury list ahead of the opening weekend of the campaign with Merih Demiral only just back in first team training following a long-term knee problem. Italian international Davide Zappacosta is out until early September with summer signings Jeremie Boga and Ederson both in line to start.

Sampdoria barely made it out of the relegation zone last season, and this time they have only spent around £4m on new players so far this summer. Let’s be honest here, the squad really needs more investment if they want a much better finish than the one from their 2021-22 campaign.

Both teams should feel confident of picking up a win in this clash despite Sampdoria’s struggles for consistency in form at the back end of 2021-22. However, Atalanta should still have the edge over the home side, with successive wins against them last season, both home and away, with four wins from their last six clashes against them in Serie A action.

Let’s check the latest Serie A picks, news, stats and Serie A expert picks for Sampdoria vs Atalanta. We’ve plenty of Serie A predictions for you to consider.

The implied probability for these two teams attached to the betting lines has Sampdoria at a 23.81% chance of winning the game, meanwhile, Atalanta have 54.55% probability of finishing the game with the W.

Atalanta BC Serie A UC Sampdoria