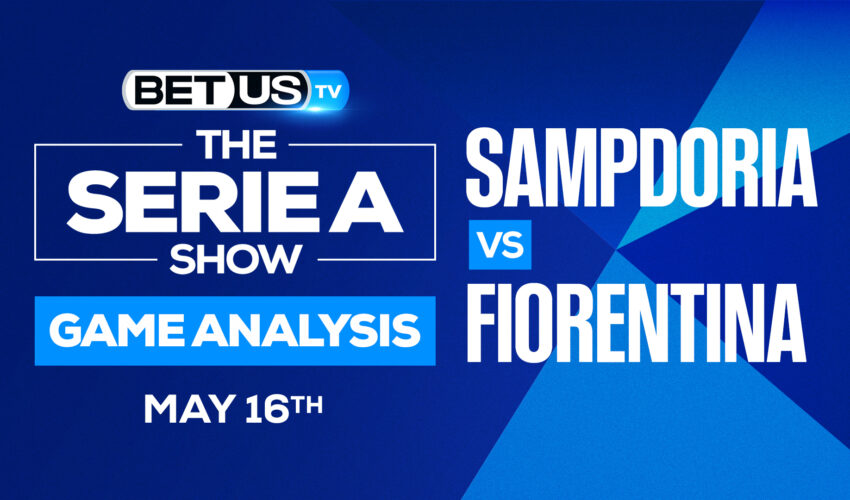 Fiorentina is currently fighting for a top-7 finish as there is currently a tie in the standings between them, Roma, and Atalanta. All of them have 59 points, although Roma has the lead when it comes to the goal differential.

In this match, what might worry Sampdoria even more, is that there is a scenario where they fall into the relegation zone, even if it’s a very unlikely one. They are 4 points ahead of Cagliari, the team sitting in 18th place, and Sampdoria have lost 4 of their last 6 matches, so they are not in their best form coming into this match.

Italiano’s men recently scored a much-needed win against Roma, one of the teams tied with them in the standings. Nicolas Gonzalez gave them an early lead against Roma as he scored the first goal of the game after being awarded a penalty 5 minutes into the match. A few minutes later, Bonaventura scored another goal for Fiorentina, giving them a 2-goal lead over Roma and they never dopped it.

On the other hand, Sampdoria took a disappointing loss against 5th-place team Lazio, where they couldn’t get ahold of the game at any point in time. Before the break, Lazio was leading the scoreboard and Sampdoria was never able to catch up to them. The game finished with a 2-0 score in favor of Sarri’s men, putting Sampdoria in a dangerous position in the standings.

Fiorentina completely dismantled Sampdoria the last time they met back in November. Manolo Gabbiadini gave Sampdoria an early lead, but it didn’t last long. Callejón, Vlahovic, and Sottil all scored a goal in Fiorentina’s favor, and all of them did it in 20 minutes.

Italiano’s men come into this match with full confidence, and there is a big chance that if they take down Sampdoria, they might condemn them to the relegation zone.

The implied probability for these two teams attached to the betting lines have Sampdoria at a 24.69% chance of winning the game, meanwhile Fiorentina have 53.49% probability of finishing the game with the W.