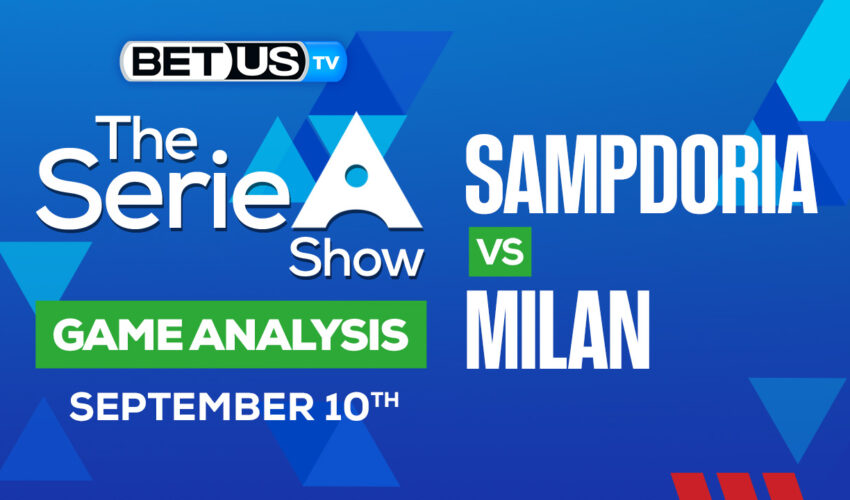 AC Milan take a trip to Luigi Ferraris Stadium, where they’ll face off against Sampdoria for their 6th match of the 2022-23 Serie A campaign. The Rossoneri come into this weekend’s game off the back of a hugely entertaining Della Madonnina victory.

Sampdoria remain one of six Serie A sides yet to win a single game this season. With just two points picked up, coach Marco Giampaolo will know that he needs to turn things around soon. A meeting with the champions is probably the last thing he needs now.

Most of the fixtures have been tough so far for Sampdoria. But the creditable draw with Lazio was not capitalized on at the weekend. Hellas Verona were able to hang onto a first half lead in front of their own fans at the Bentegodi.

Now the Blucerchiati have to figure out how to stop a Milan side that has scored ten goals in five matches and have also just beaten their great rivals. With just two goals scored all season, Samp could be in for a torrid time on Sunday.

On an opposite note, it is all smiles in the red and black half of Milan though. Inter came into Saturday’s game at the San Siro wanting to prove that the scudetto belongs to them. But after an enthralling game of football, it was Milan that were victorious.

That statement of intent was hammered home by Rafael Leão’s performance. After receiving a lot of abuse in the opening weeks of the season after seemingly angling for a move to Chelsea, the Portugal international scored two and looked every inch the San Siro star.

Milan haven’t lost to Sampdoria at the Marassi since 2018 and it would take a brave person to suggest that that record would change this weekend. The Rossoneri seem keen to win back-to-back league titles, and three more points would certainly help with that.

Let’s check the latest Serie A picks, news, stats and Serie A expert picks for Sampdoria vs Milan. We’ve plenty of Serie A predictions for you to consider.

The implied probability for these two teams attached to the betting lines has Sampdoria at a 15.38% chance of winning the game, meanwhile, Milan has 66.67% probability of finishing the game with the W.