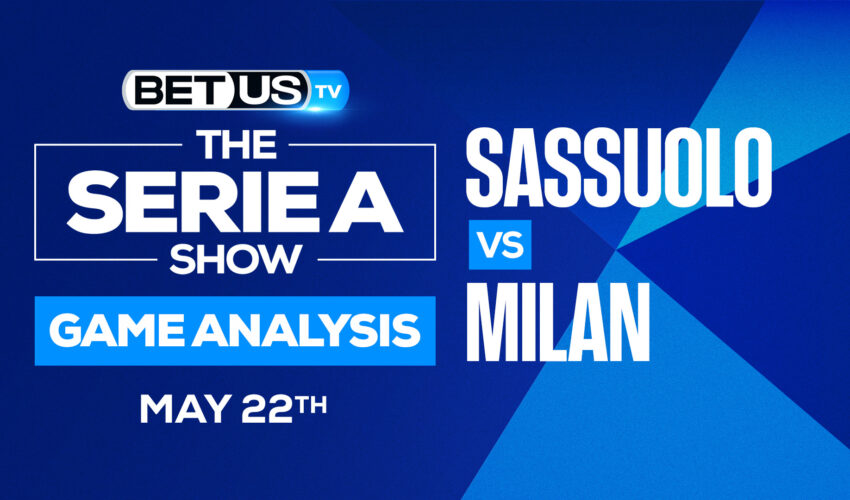 For their last match of the season, Milan will make a trip to the Mapei Stadium on May 22 to play against Sassuolo and try to secure the Serie A championship. This is it for Pioli’s men, this is their last chance to guarantee themselves their 19th Serie A title, which would tie them with Milan for the 2nd place in the leaderboard of most Serie A titles.

On the other hand, Sassuolo can still reach a top-10 finish if they end up winning this game, but it’s obvious that the stakes are much higher for Milan so we know which team is going to try harder to win this game.

Pioli’s side hasn’t lost a single one of their last 15 matches in this Serie A season, and the last match they lost was at the Coppa Italia semi finals against Inter, the team that is tailing them in the Serie A standings.

Milan is currently in great form and there really isn’t a single reason to believe that they would drop this game against Sassuolo, a team that is widely-considered much weaker than them. Although it’s important to mention that Sassuolo did end up taking down Milan back in November in a fairly convincing manner.

Sassuolo is still down in the overall head-to-head record, with 6 wins, 2 draws and 10 losses against Milan, so it wouldn’t be crazy to think that in their last encounter they just had a pinch of luck, and knowing that Sassuolo has only won 1 out of their last 5 matches just adds insult to the injury.

In the end, this match is of way more importance for Milan and winning this would make history for the club so they won’t mess up their last chance to secure the championship, it’s safe to say Pioli’s men will put all of their efforts into this match.

The implied probability for these two teams attached to the betting lines have Sassuolo at a 14.29% chance of winning the game, meanwhile AC Milan have 69.23% probability of finishing the game with the W.