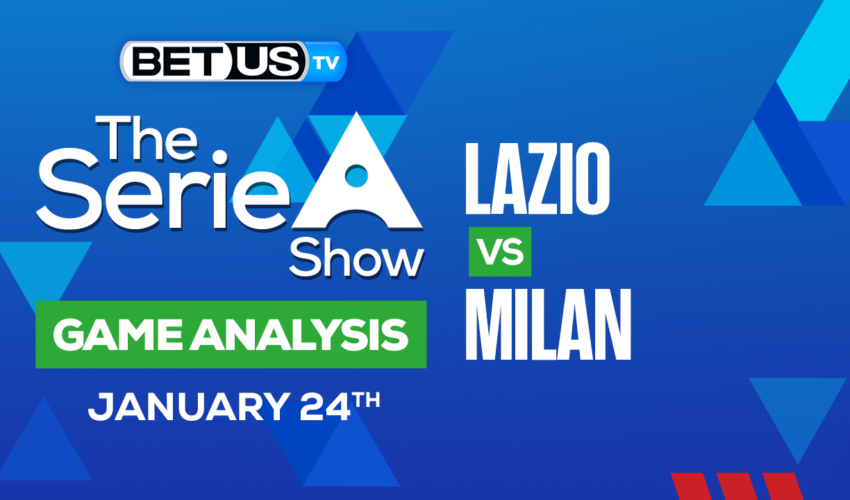 This coming January 24 we will have one of the most important games of date 19 of Serie A. This is the game between Lazio and AC Milan, a game that can begin to define the European competition positions for the following season.

The Lazio team came from two consecutive games without losing. Their last defeat was on January 4 when they were defeated by a score of 2-1 against the Lecce team. The good performance that their scorers Mattia Zaccagni and Ciro Immobile have had have given the team a lot of confidence, in addition to their last victory that is undoubtedly a lot of motivation for this game against the sub-leader. One of Lazio’s strengths has been its defense, which led by Nicolo Casale and Alessio Romagnoli has been the third defense with fewer goals this season, conceding only 15 goals in 18 games played. Lazio is fifth in Serie A with 34 points and currently positioned in UEFA Europa League positions.

AC Milan is still looking for a way to catch up with Napoli and needs victory to continue with its goal of winning the two-time championship. The Milan team has not lost a game since last October 30, when they were defeated by Torino with a score of 2-1. They have 3 draws and 3 wins since their last loss. Their striker has been one of their strengths this season. Led by Rafael Leao, they are the third best striker in Serie A with a total of 35 goals scored. AC Milan is in second position in Serie A with 38 points, 9 points behind SSC Napoli and currently in Champions League positions for the following season.

Taking into account the performance shown by both teams, AC Milan is the one who comes with the best chance to win the game. In addition to the fact that in the last 5 games between the two teams it has been the one that has obtained the most victories with 4 victories. We will see if Milan manages to maintain this good streak without defeats or if Lazio can win the game at their stadium, the Stadio Olimpico in Rome.

Let’s check the latest Serie A picks, news, stats and Serie A expert picks for Lazio vs Milan. We’ve plenty of Serie A predictions for you to consider.

The implied probability for these two teams attached to the betting lines has Lazio at a 31.75% chance of winning the game, meanwhile Milan has 31.75% probability of finishing the game with the W.