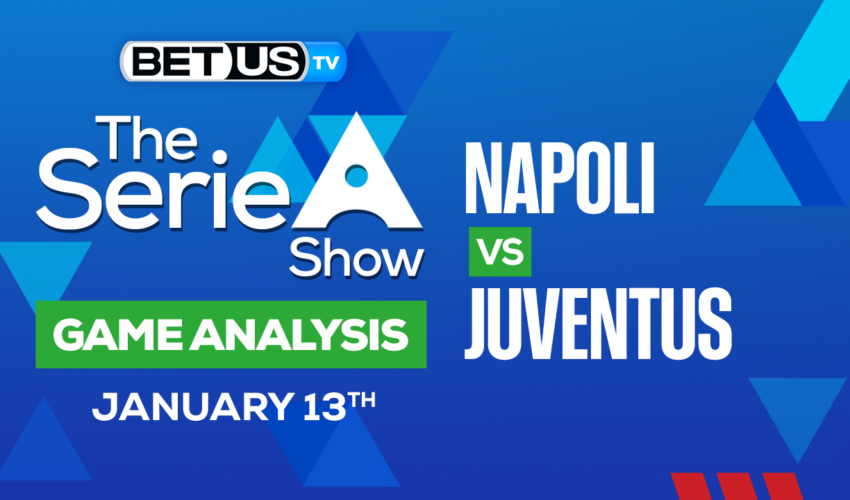 The most anticipated matchup of the weekend in Serie A will take place on Friday night, when Napoli will play host to Juventus at the Stadio Diego Armando Maradona. The two teams are now sitting in first and second place, respectively, on the Serie A standings heading into the weekend’s play.

Napoli, the team that continues to lead the rankings, beat Sampdoria easily last weekend to get their winning streak back on track. It was the kind of commanding performance they required following a lackluster showing against Inter Milan at San Siro in their opening game following the World Cup break.

This Napoli team is the quintessential example of the new Serie A since they play with maybe the greatest freedom among the top five leagues in Europe. Victor Osimhen and Khvicha Kvaratskhelia, their deadly combo, have the most goal involvements in the division.

The fact that they have scored 59 goals in 23 games this season shows why they are so far ahead of the competition and how easily they advanced from their Champions League group. Napoli’s chances of winning the title will be put to the test in this match, though, since they will host Juventus and Roma in the next two weeks after losing to Inter a little over a week ago.

Juve is undoubtedly on the move; after such a disastrous start that saw their home crowd turn their backs on the team, they are currently in second place. They have risen in the standings thanks to an incredible eight-game winning streak during which they have not given up a single goal. They won eight consecutive games in order to win the Scudetto for the first time since 2018, when Massimiliano Allegri was still in charge.

Juventus has maintained more clean sheets at this point in any Serie A season than Cagliari in 1966–1967, as Allegri’s team has 12 clean sheets after just 17 games. Juventus has allowed only seven goals all season, six fewer than the next best team, league leaders and upcoming opponents Napoli. In the previous 15 Serie A seasons, the team with the greatest defensive record has only once failed to win the Scudetto.

Let’s check the latest Serie A picks, news, stats and Serie A expert picks for Napoli vs Juventus. We’ve plenty of Serie A predictions for you to consider.

The implied probability for these two teams attached to the betting lines has Napoli at a 51.22% chance of winning the game, meanwhile Juventus has 24.10% probability of finishing the game with the W.