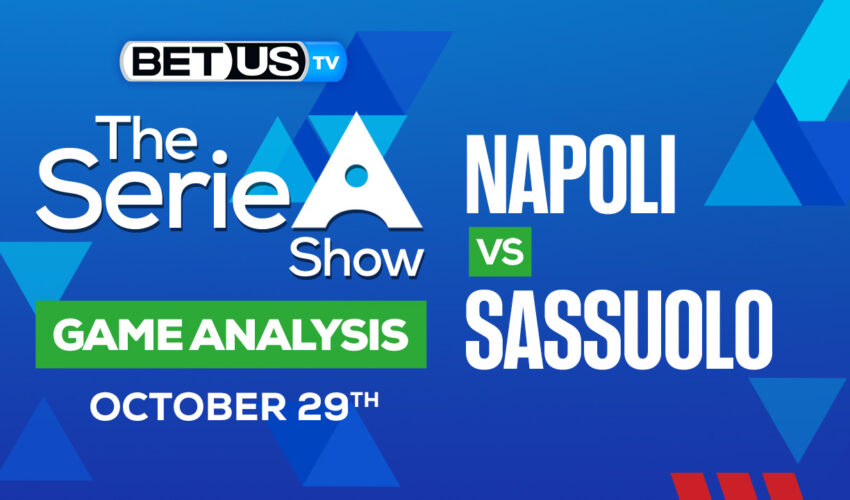 In Napoli he doesn’t want any surprises and welcomes a mid-table team that wants to surprise. This is the panorama of date 12 of the corresponding Series A for this weekend.

Those led by Luciano Spalletti are having one of the best sports money in recent years, the Italians gave the surprise this previous week by qualifying first in their UEFA Champions League group above the favorite, Liverpool, with a total of 15 points. One of their best players, defender Khvicha Kvaratskhelia (5 goals), is on a roll, which has been a great help for his team. They are currently first in Series A and do not want to give up that position. Those from the city of Napoli have a total of 29 points out of 33 disputed, which makes them one of the favorite teams to fight for the Serie A crown and why not the Champions League trophy. No doubt Napoli come into this game as favorites, coming off a run of 17 games without defeat this season.

However, Sassuolo came to this game very motivated after achieving an excellent comeback the previous date against Hellas Verona, where they left the victory by a score of 2-1. The rigid ones for Alessio Dionisi have not had a very good season, however this comeback fills them with motivation for this match against the leader of Serie A. They are currently ninth in the standings with 15 points, however they will give everything to get into European positions next season, since they are only 6 points away from this possibility.

The Stadio Diego Armando Maradonna will be the perfect setting for this game, where the home side want to continue on the path of victory, respect their hometown and stay in first place, but will Sassuolo be able to surprise others? We will have to wait until next October 29 to see the final outcome of this game.

Let’s check the latest Serie A picks, news, stats and Serie A expert picks for Napoli vs Sassuolo. We’ve plenty of Serie A predictions for you to consider.

The implied probability for these two teams attached to the betting lines has Napoli at a 7674% chance of winning the game, meanwhile Sassuolo has 9.76% probability of finishing the game with the W.