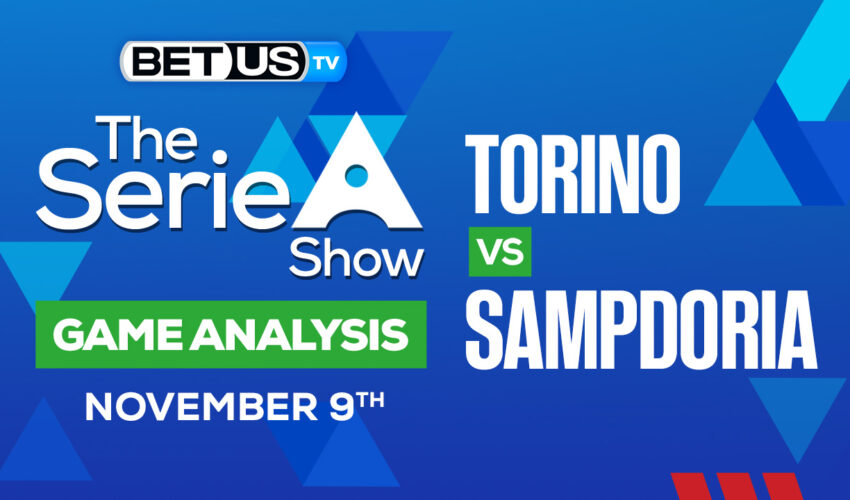 This Wednesday, Torino and Sampdoria will meet at the Estadio Olimpico Grande in Turin in Serie A.

Both teams will be looking for a win to bounce back from their respective losses last weekend.

Torino is coming off two consecutive wins against Udinese and AC Milan at the end of October. And everything painted for him to get the third consecutive victory in Bologna, but the game ended with a comeback from Bologna. Making them leave the Renato Dall’Ara stadium empty handed. This defeat will leave Torino in tenth place in the table with 17 points accumulated in their first 13 games. Although Torino have won two of their last three league games, they are still far from sixth place in the table, Roma.

Ivan Juric, 47, current Torino manager, is being considered for the Nottingham Forest manager’s job, which could mean a slight distraction for the hosts. Although the Torino boss has been quick to deny these rumors in recent days.

On the other hand, Stankovic’s men are in 19th place in the league, with only six points from their first 13 games. This is the fewest goals in the division.

Omar Colley gave Sampdoria their only win of the season with a goal against newly promoted Cremonese at the end of last month. This raised the team’s hopes a little, but it was short-lived as they then suffered two defeats against Inter Milan and Fiorentina without scoring a goal.

The only problem Sampdoria have is unfortunately the most important one, they fail to score despite having over 50% possession this season. They have great talent in their squad but they need to start converting that possession into goals.

Sampdoria will no doubt be looking to pick up points before the international break, although the truth is that their trip to Turin does not look set to be a successful one.

Let’s check the latest Serie A picks, news, stats and Serie A expert picks for Torino vs Sampdoria. We’ve plenty of Serie A predictions for you to consider.

The implied probability for these two teams attached to the betting lines has Torino at a 60.78% chance of winning the game, meanwhile Sampdoria has 17.86% probability of finishing the game with the W.