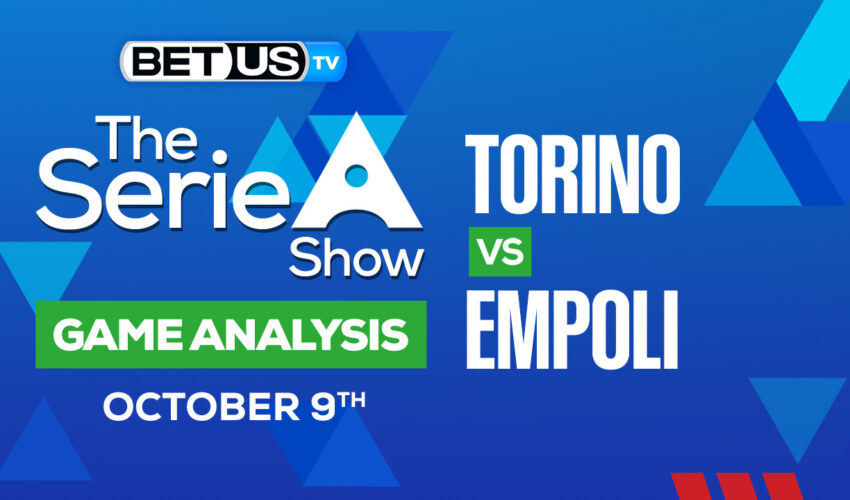 Empoli will be going up against Torino on Sunday, October 9 at the Stadio Olympic Grande. Both clubs will be aiming for a win in this Seria A battle. Empoli travel to Torino after a 3-1 loss to scudetto defenders AC Milan last week. Things aren’t looking good for the visitors, who have only tasted victory once in their last nine games. In a similar situation, the Granata squad comes into this encounter after 3 losses in a row to Inter Milan, Sassuolo, and Napoli, and they will undoubtedly want to turn things around by taking 3 points from this match.

Torino leads the series with three wins in the last five meetings. Empoli on the other side, has one win and one draw. Although the odds are slightly against the Granatas, we dare to say that it’s anybody’s game. Similar scoring struggles were experienced by both teams in recent weeks, with just 7 goals scored overall this season.

Paolo Zanetti’s team has had a difficult start to the season. Regardless of their lack of conviction, Empoli had more draws (4) than losses (3), which has helped them avoid the bottom three spots in the league, ranking 15th with 7 points. It’s quite evident that another draw would be a letdown at this point. A second victory may truly turn things around for the Blues, but with Torino pushing for the top of the table, this will not be an easy task

The home team is currently ranked tenth with 10 points, right in the middle of the table. Head coach Ivan Juric now faces a challenge as they look to end their three-game losing streak. While their loss total (4) is higher than their opponent’s, Torino has been able to achieve 3 victories throughout the season. With home advantage on their side, this is their chance to turn their fortunes around once again.

Let’s check the latest Serie A picks, news, stats and Serie A expert picks for Torino vs Empoli. We’ve plenty of Serie A predictions for you to consider.

The implied probability for these two teams attached to the betting lines has Torino at a 56.52% chance of winning the game, meanwhile Empoli has 20.41% probability of finishing the game with the W.