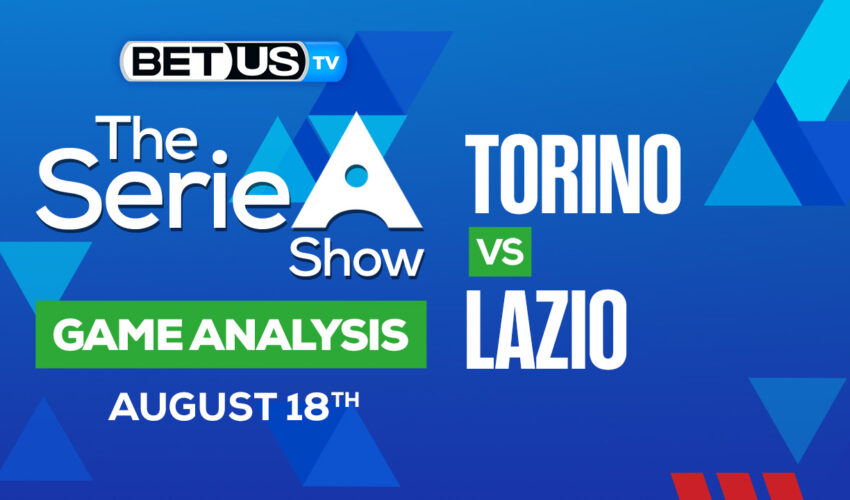 Torino and Lazio go head to head at Stadio Olimpico di Torino in what is expected to be one of the most exciting games of Saturday. Il Toro did well to beat Monza 2-1 in their opener, but they face a difficult task in their first home game of the season. Summer signing Aleksey Miranchuk, who opened his goal-scoring account at the weekend, will be the man to watch in the home team.

Torino were made to work for their opening day victory away against promoted Monza. Silvio Berlusconi’s team has been overhauled in the summer ahead of the club’s first ever Serie A season. But goals from new signing Miranchuk and Sanabria gave the Turin club all three points.

Torino has not been able to get the better of Lazio in the last few seasons and both games ended in a 1-1 draw in the 2021-22 campaign. After finally pulling Torino away from the bottom of the table last year, Jurić will be hoping that a sometimes farcical close season will not adversely affect his team this year.

Lazio looks like it will be employing the same tactics again this year and ultimately looking for club legend Ciro Immobile to pop up with an important goal. The Italy international scored the winner in an ill-tempered game against Bologna on Sunday.

The Biancocelesti brought in two ‘keepers in the summer and managed to field both of them during the 90 minutes after Luiś Maximiano was sent off after just six minutes of his Stadio Olimpico debut.

The Spanish goalkeeper was shown a red card for handling outside the box and fellow new boy Ivan Provedel took his place between the sticks. He could do nothing about the penalty that opened the scoring for the visitors but Lazio prevailed to end up as 2-1 winners.

Let’s check the latest Serie A picks, news, stats and Serie A expert picks for Torino vs Lazio. We’ve plenty of Serie A predictions for you to consider.

The implied probability for these two teams attached to the betting lines have Torino at a 33.33% chance of winning the game, meanwhile, Lazio have 41.67% probability of finishing the game with the W.