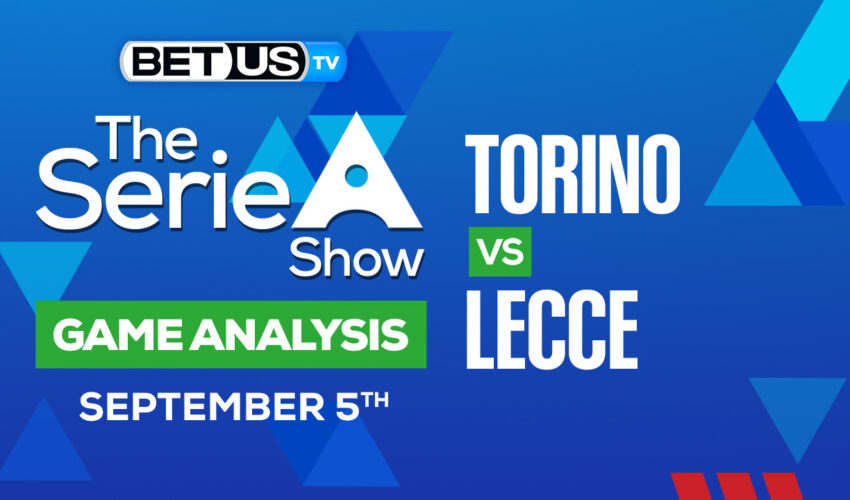 On Monday, Lecce will try to pick up their first win of the 2022-23 Serie A season when they take a trip to Turin where they’ll face off Torino at the Stadio Olimpico Grande Torino. It has been a tough start of the season for the newly-promoted Lecce as they are currently sitting at the bottom of the standings with only 2 points so far. For Torino, it has been a completely different story throughout 3 games. They have scored 2 wins already and they are looking to keep the ball rolling, at least for the next couple of weeks.

In their recent match against Empoli, Marco Baroni’s men had been heading towards halftime with a one-goal deficit, but Gabriel Strefezza’s 40th-minute strike leveled the scores and ultimately got his team off the mark for the 2022-23 season. Beaten with the last kick by Inter on the opening day, and then edged out by Sassuolo, the Puglian side have at least put a point on the board, but with just two goals so far they may need to up their attacking intent. Last season’s Serie B champions also crashed out of the Coppa Italia to Cittadella at the start of August, so a long slog against returning to the second tier is apparently all that remains.

It’s safe to say that Torino heads into this match as the favorite team.Though Ivan Juric is expected to keep a settled side following Torino’s solid start to the season, recent arrival Perr Schuurs, who signed from Ajax in August, will hope to feature in the back three. Another defensive option, David Zima, remains sidelined by injury, while Aleksei Miranchuk suffered a thigh strain on his debut and will be out of action until next month. In Juric’s favored 3-4-2-1 formation, Antonio Sanabria starts up front, with West Ham loanee Nikola Vlasic partnering Nemanja Radonjic in support of the lone frontman.

Let’s check the latest Serie A picks, news, stats and Serie A expert picks for Torino vs Lecce. We’ve plenty of Serie A predictions for you to consider.

The implied probability for these two teams attached to the betting lines has Torino at a 57.45% chance of winning the game, meanwhile, Lecce have 20.62% probability of finishing the game with the W.

Serie A Torino FC US Lecce