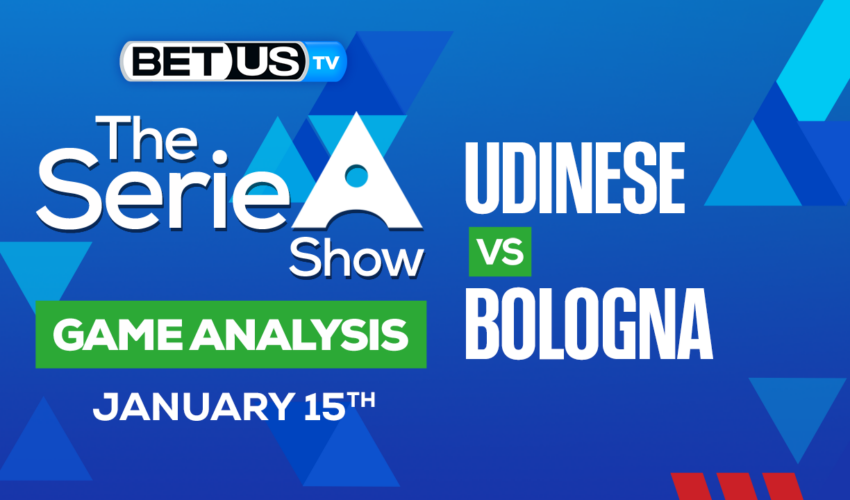 At Stadio Friuli, Udinese and Bologna will face off on Sunday. In their most recent outing, Udinese lost 1-0 against Juventus away from home despite having 14 shots to Juventus’ nine. Walace had the most shots with two, but Udinese was unable to score. Meanwhile, Atalanta won 2-1 at home over Bologna in its most recent game on January 9, with Bologna outshooting Atalanta 12 to 7.

Although Udinese still has a remote possibility of earning a place in the upcoming European qualification round, they will have to get better. Andrea Sottil’s team has gone undefeated in their past nine league games, they haven’t claimed a victory since October 3 and have had six draws in the same nine games. They have a solid record of drawing games this year, and they face a Bologna team that has only one victory in their previous four games following the World Cup break.

In their previous six league games, Sottil’s Udinese have only managed one clean sheet, while Bologna has a similar defensive record. In each of their past four Serie A encounters, both clubs have scored at least one goal. Before this match at the Dacia Arena, there isn’t much to look at between these two teams, at least a goal from each team seems like a very realistic result at the conclusion of the game.

Let’s check the latest Serie A picks, news, stats and Serie A expert picks for Udinese vs Bologna. We’ve plenty of Serie A predictions for you to consider.

The implied probability for these two teams attached to the betting lines has Udinese at a 51.22% chance of winning the game, meanwhile Bologna has 51.22% probability of finishing the game with the W.